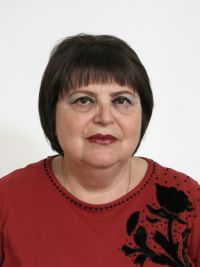 Email
rilcheva@abv.bg
CV
Radoslava Ilcheva.pdf
The research interests of Radoslava Ilcheva are focused on the history of Russian literature from the 18th to the 19th centuries, the connections of the old Russian literature with the literature from the first third of the 19th century, the literary heritage of the Russian emigration in Bulgaria, and Russian literature in general. In her research she pays special attention to literary myths, the role of literature in the formation of socio-political mythology, as well as literary anthroponymy. She has achievements in the study of the cultural and literary heritage of the Russian military emigration to Bulgaria, for her original reading of Pushkin's poem "The Copper Horseman" as a political and philosophical legacy of the Russian poet, for revealing the connections between Russian medieval literature and the literature of Russian romanticism.