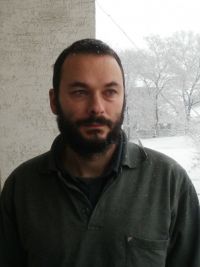 Yordan Lyutskanov is the compiler and designer of the book Peyo Yavorov. Armenians. Family; Refugees; Exiles: Translations, dedicated to the 100th anniversary of the founding of the First Armenian Republic, the 140th anniversary of Yavorov's death and the 2800th anniversary of the founding of the city of Yerevan/Erebuni, which was published in 2019 (300 pp., Boyan Penev Publishing Center, ISBN 978-619-7372-13-7). His research interests are in the following areas: Russian literary modernism (issues of intermediality); Russian emigrant culture from the 1920s to the early 1940s; Eurocentrism in the European peripheries and outskirts (history of the Bulgarian collective identity since the middle of the 19th century); comparative literature, especially of the Black Sea region; cartology, especially Georgian literature; self-reflexivity of (social and humanitarian) science, especially (non-)awareness/(non-)recognition of the geocultural situation/conditionality of the scientific repertoire; and others.