On September 12, 2013 in the Exhibition Hall of the Lithuanian "Vrublevski” Academy Library in Vilnius, Lithuania opened the Xth century Old Bulgarian Codex Suprasliensis in the Byzantine-Slavic relations context Exibition (http://www. mab.lt/lt/naujienos/1038). The exhibition, consisting of 20 posters presented decoration, contents and characteristics of the language of the manuscript and traced the stages of its research. The history of the invaluable Old Bulgarian manuscript is closely associated with the Great Lithuanian Principality, as the Suprasal monastery, where it was found and stored, was built within its territory. 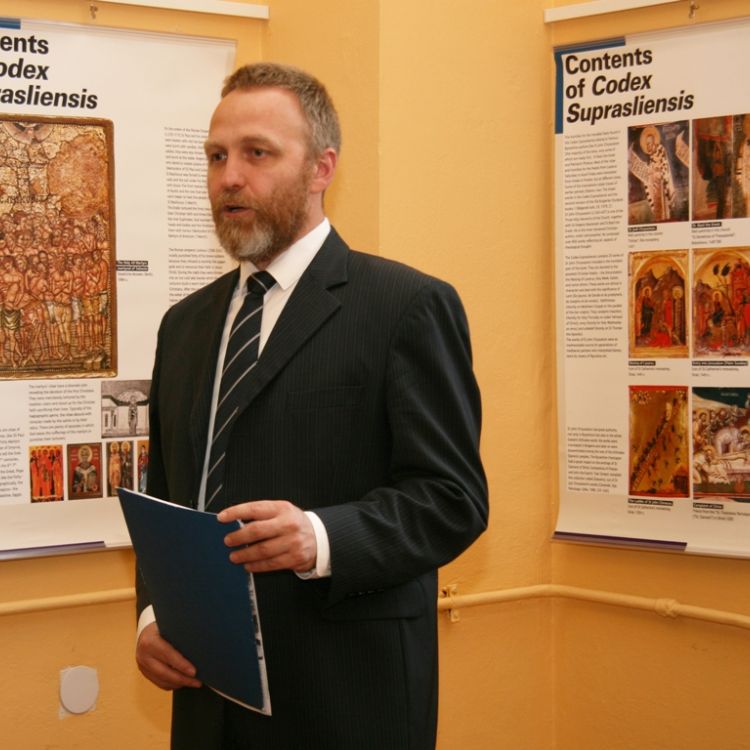 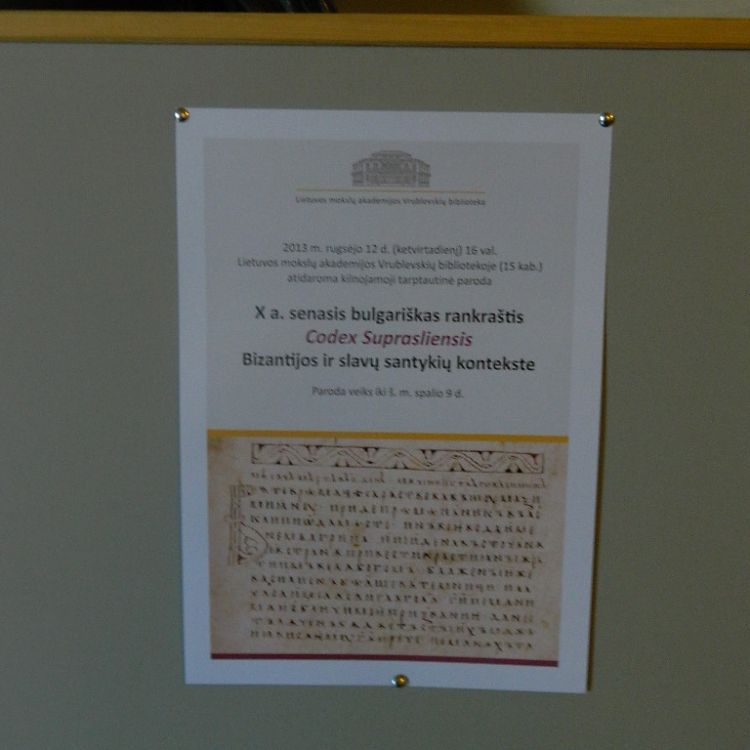 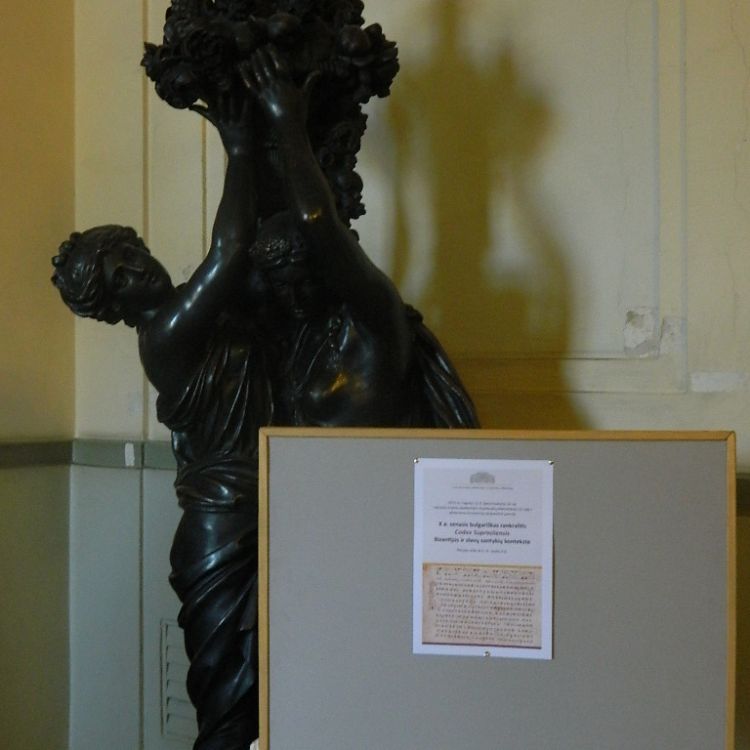 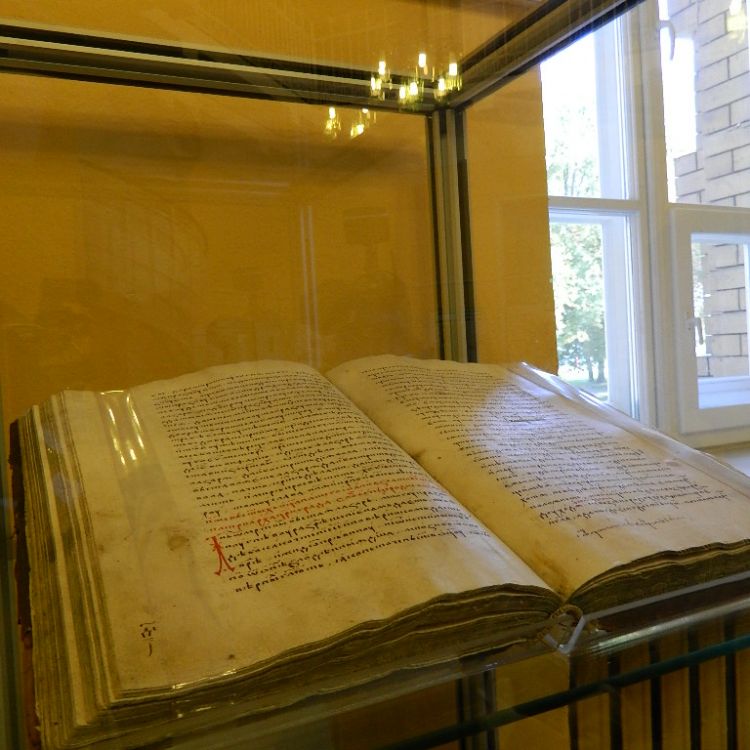 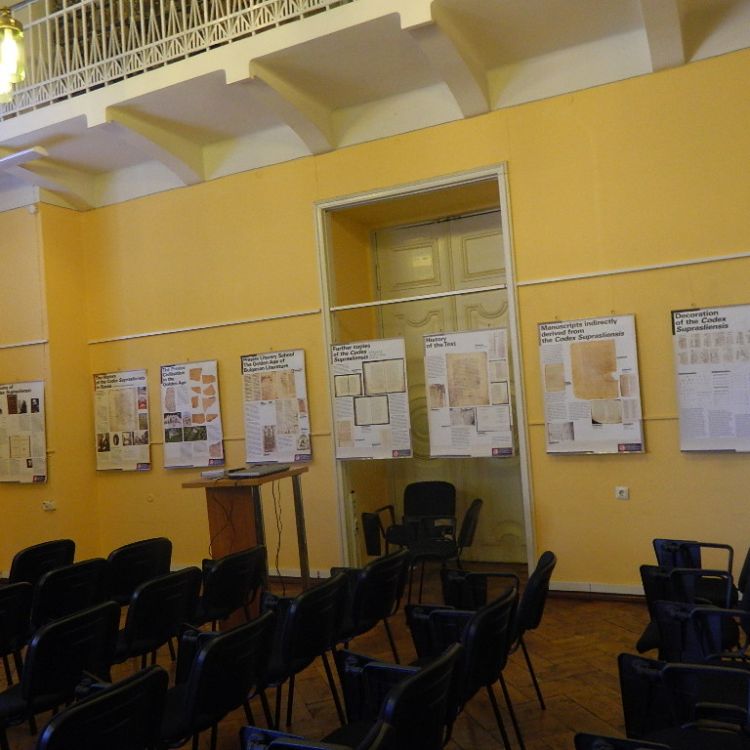 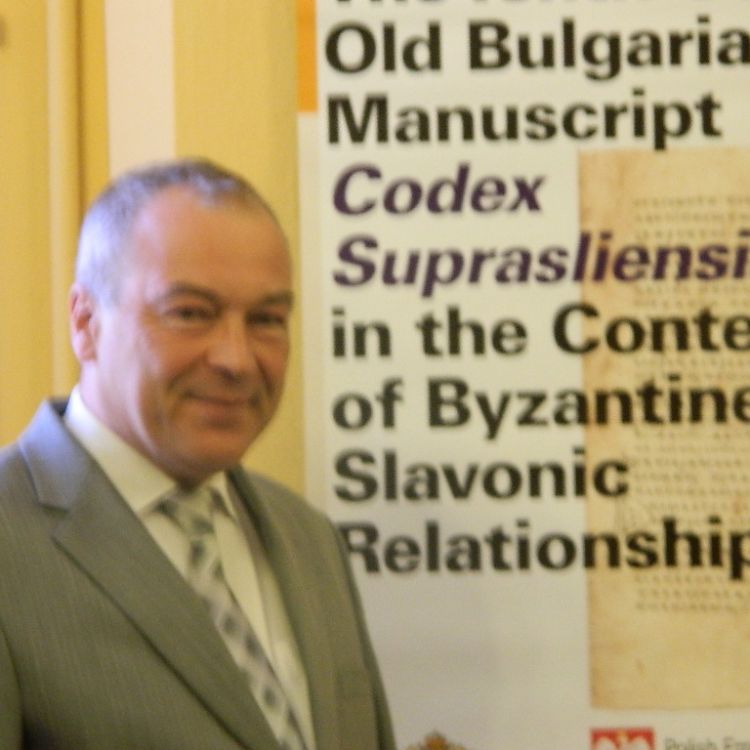 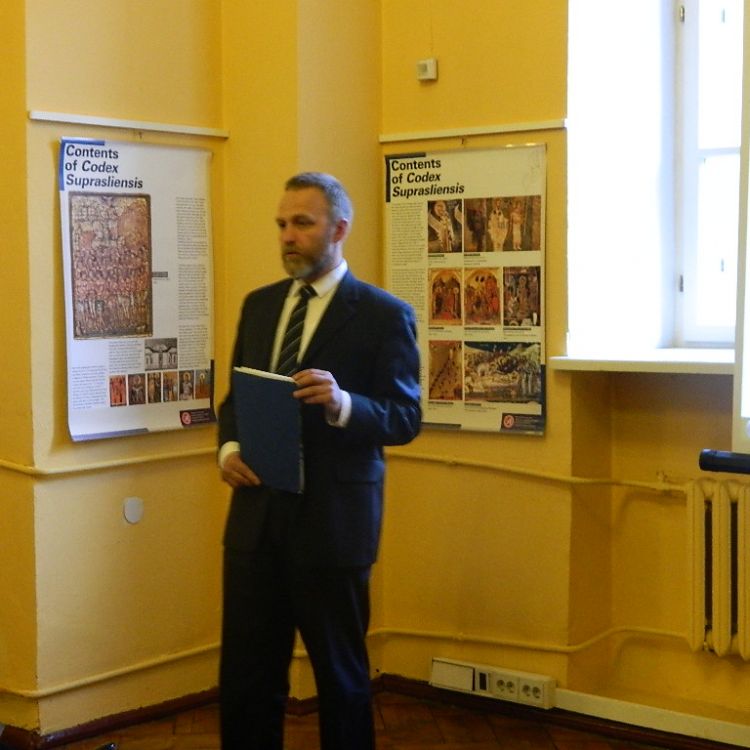 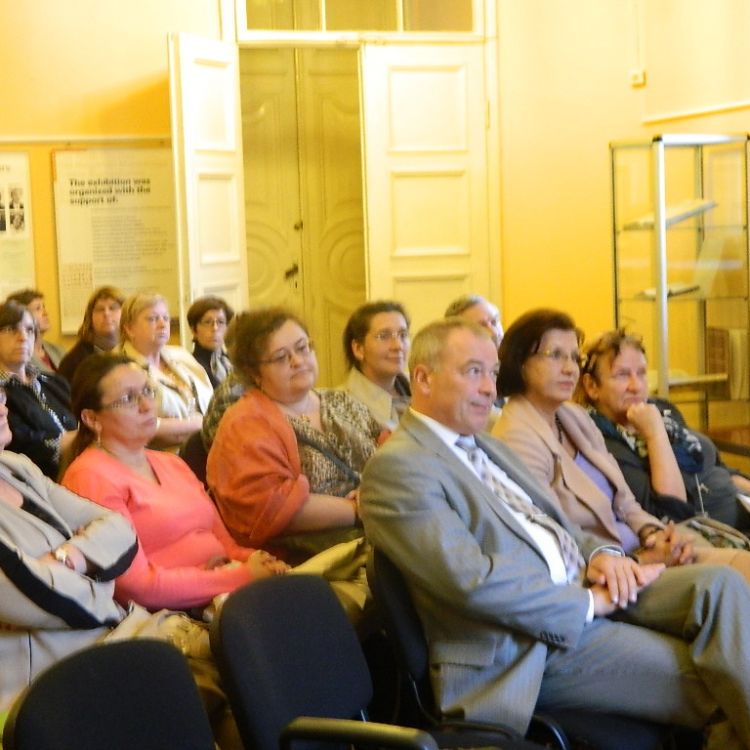 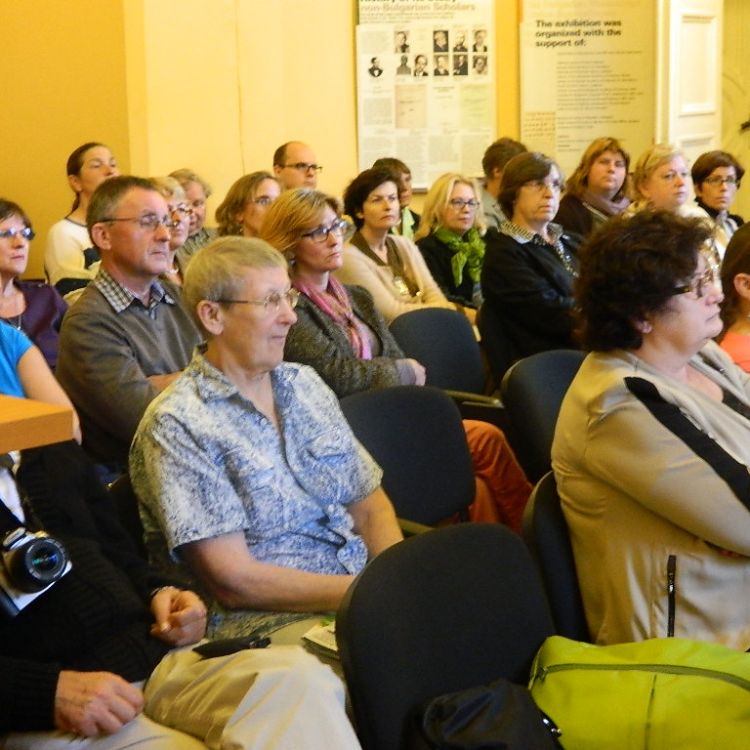 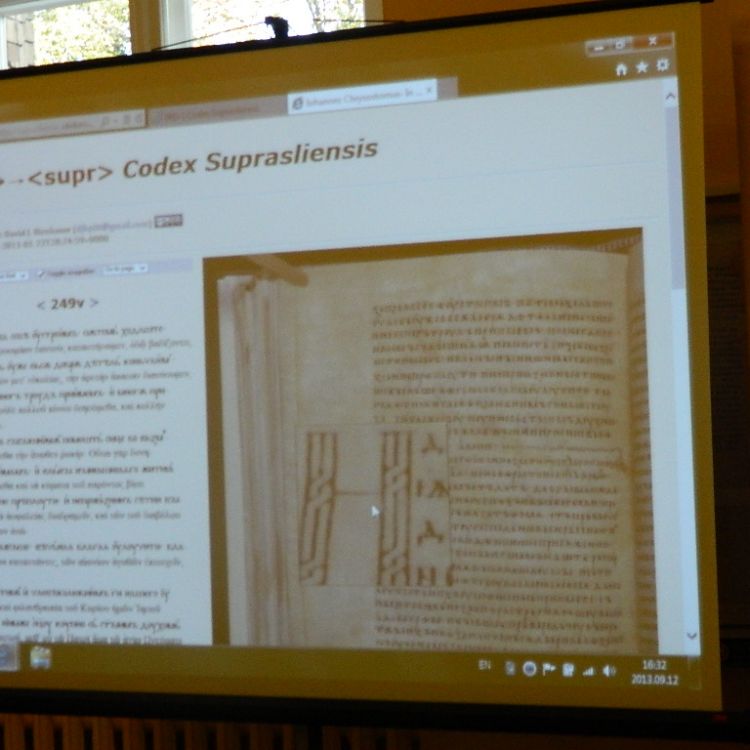 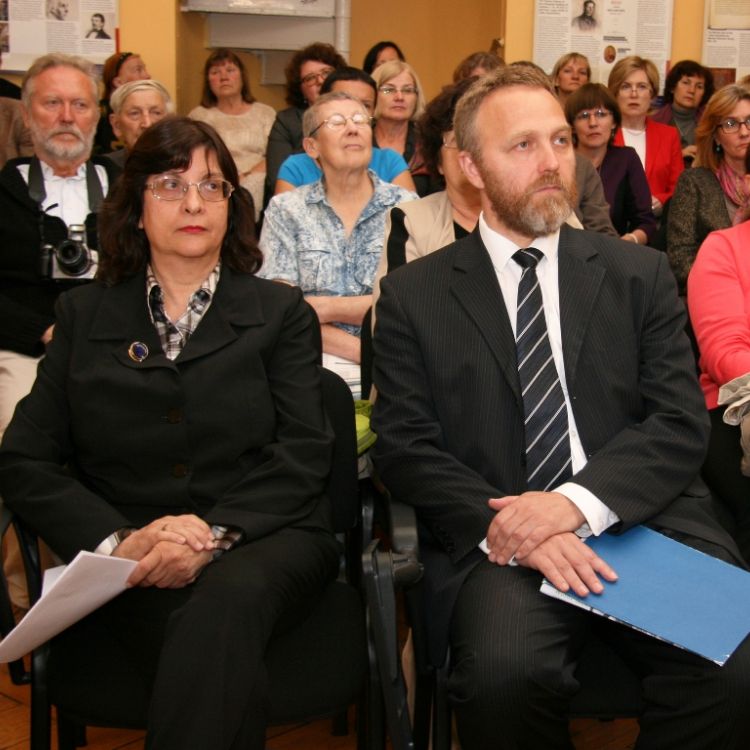 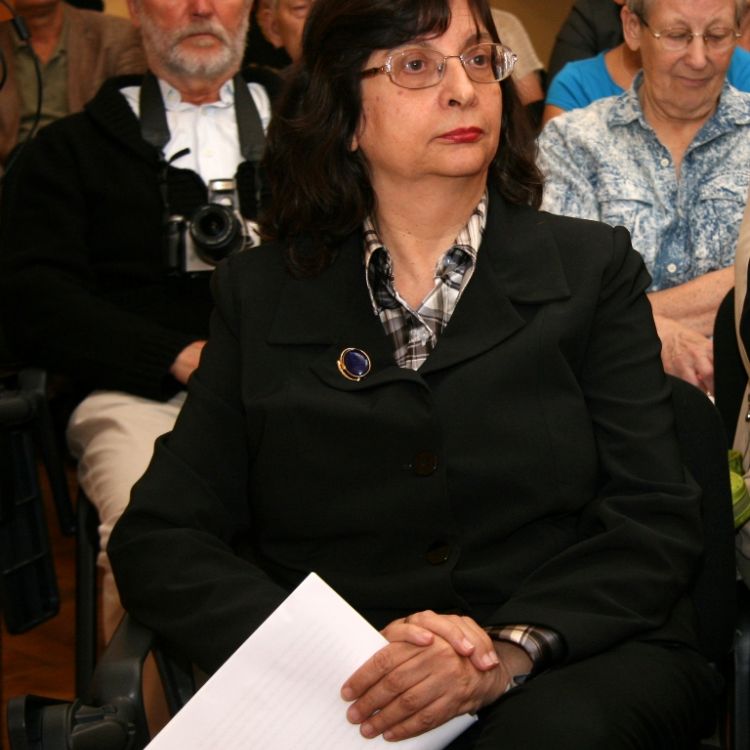 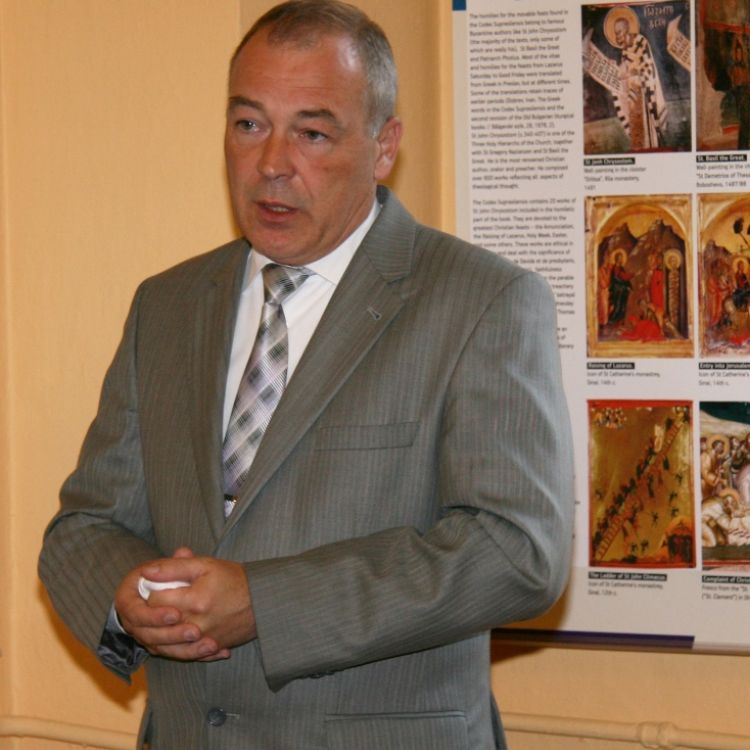 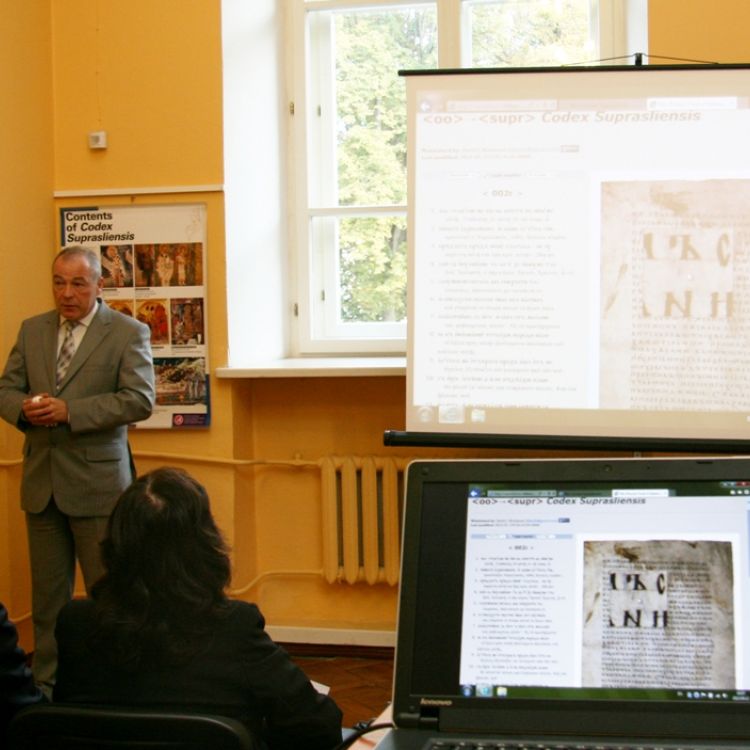 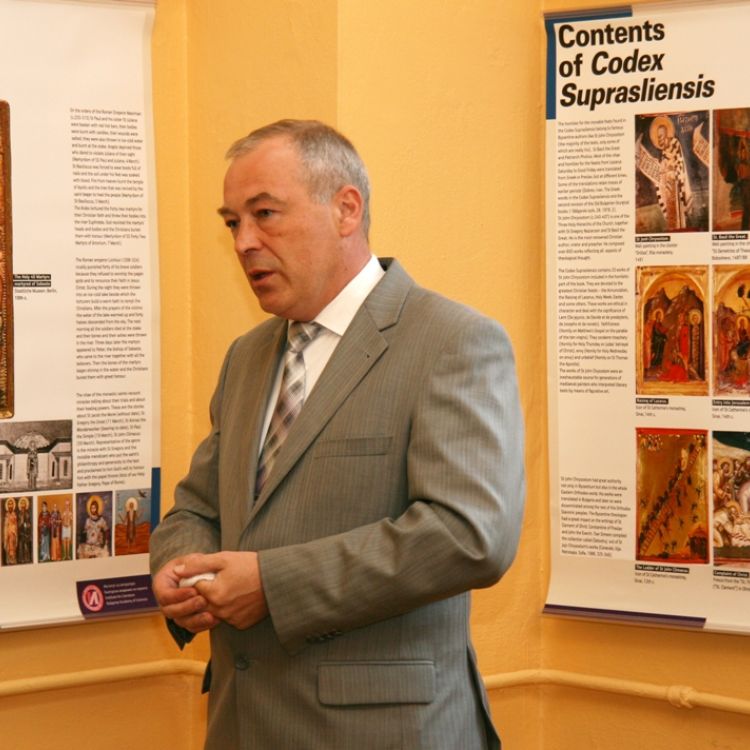 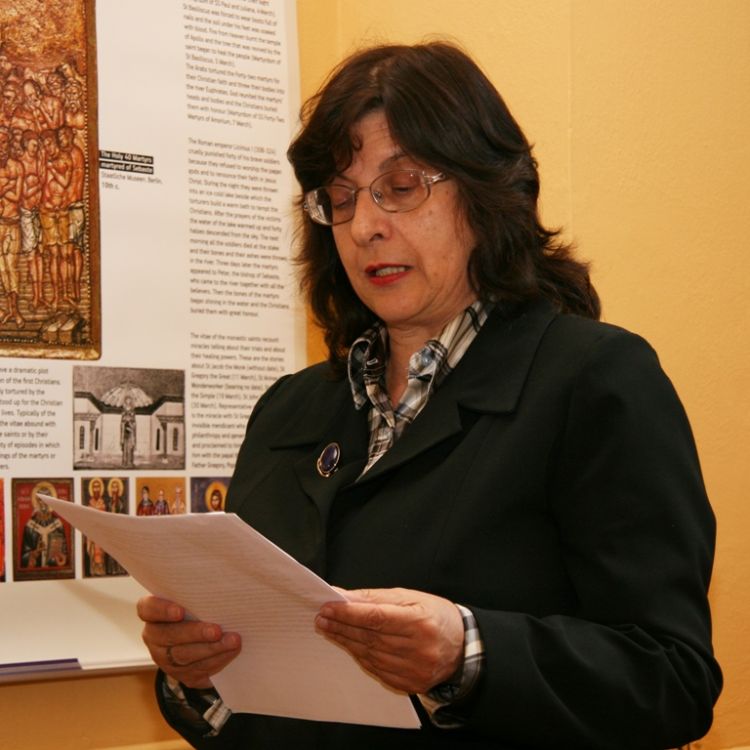 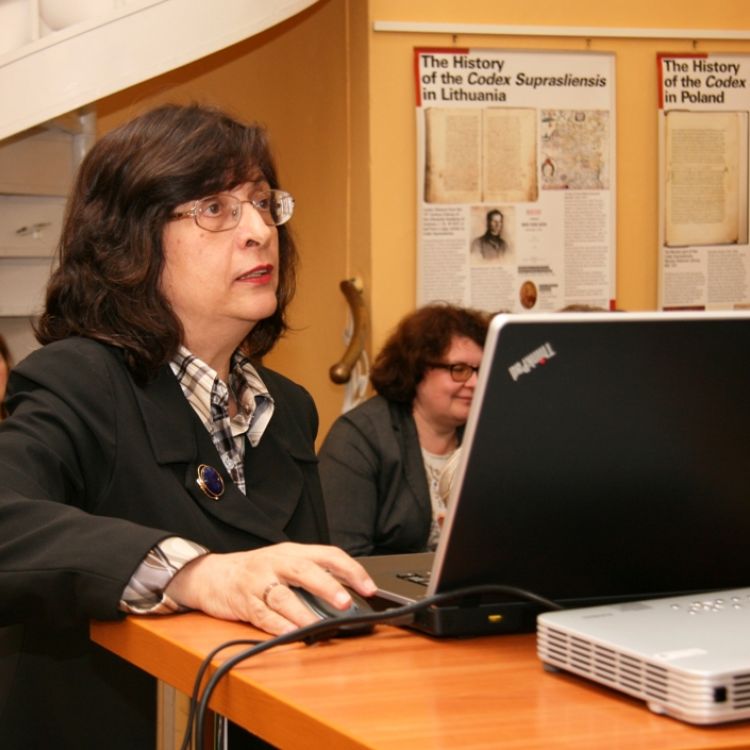 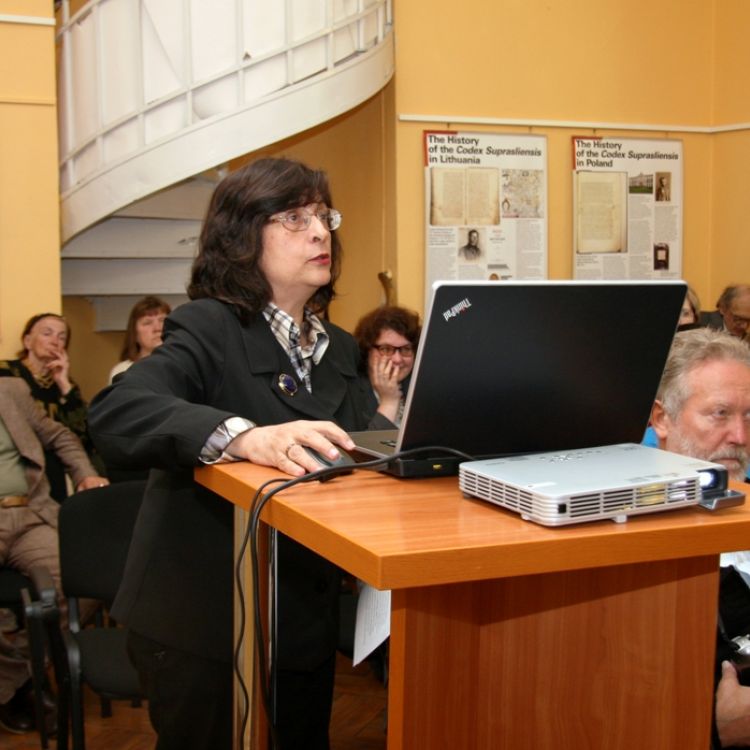 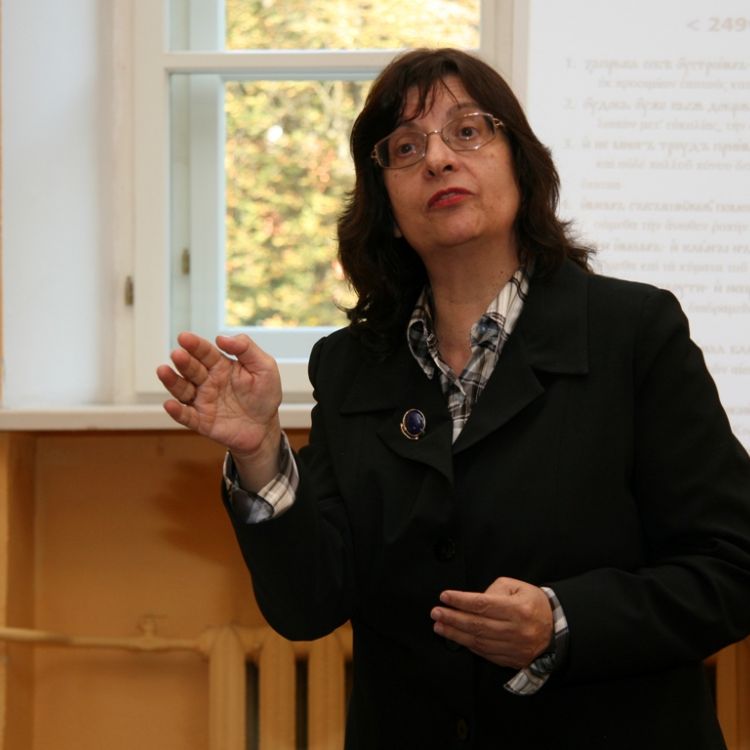 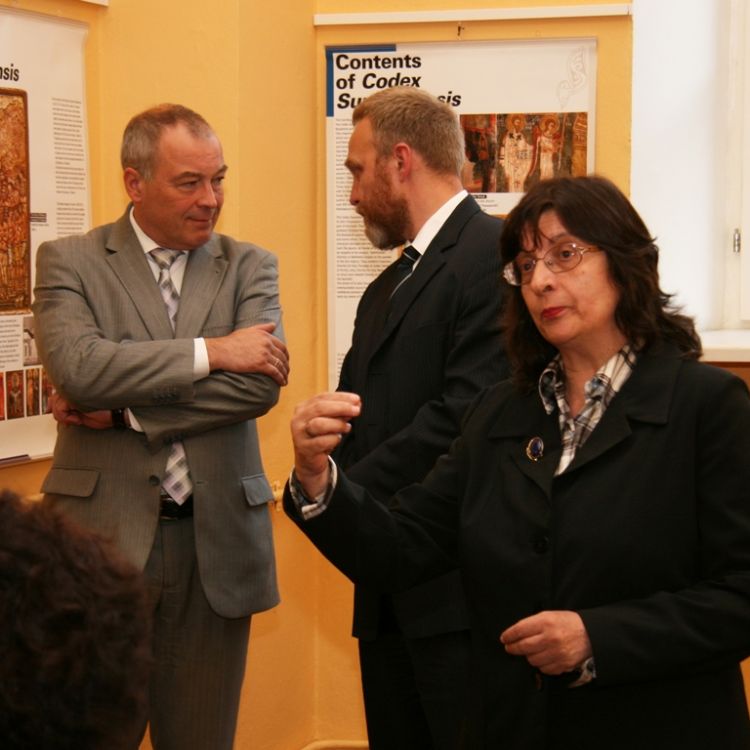 The collection of Suprasal monastery preserves many specimens of the Preslav Literary School, they were copied subsequently by the monks at the monastery and nowadays are kept in the manuscript collection of the Academic Library in Vilnius. The presentation of the exhibition, dedicated to the 1150th anniversary of the Slavic alphabet, was organized by the Institute for Literature – BAS, the Institute for Lithuanian Language, LAN and the Academic Library in Vilnius, with the assistance of the State Institute for Culture at the Ministry of Foreign Affairs. Guests at the ceremony were representatives of the Lithuanian Academy of Sciences, students and professors from the University of Vilnius, as well as many citizens.

At the opening of the exhibition a presentation by Prof. Miltenova from the Institute for Literature – BAS was made. Prof. Miltenova is Head of the UNESCO project for digitalization of this early monument, preserved in three libraries: the National Library in Warsaw, the National and University Library in Ljubljana and the Russian National Library in St. Petersburg. Director of the Academic Library, Dr. Sigitas Narbutas pronounced a speech, stressing the importance of the cooperation between Lithuanian and Bulgarian scientists. The history of the monument was narrated in detail by Prof. Sergeyus Temchinas from the Institute for Lithuanian Language. Highlighted was the contribution of the Bulgarian literary heritage for the European culture and the importance of the cooperation of the member states in the study of the roots of their cultural heritage and traditions. Highlighted was also the fact that Lithuania and Bulgaria are European countries with a rich and ancient culture, which is part of the European Christian civilization.