The Department of Comparative Literary Studies is the only unit in the system of BAS and the main scientific and organizational center of Bulgarian comparative studies. Its researchers are highly trained specialists in foreign literature, teachers, consultants and experts, members of prestigious scientific and creative organizations in Bulgaria and abroad. As a scientific discipline, comparative literary studeis belongs to the general nomenclature specialty "Literature of the peoples of Europe, America, Africa, Asia and Australia" with experience and traditions in teaching doctoral students in different literatures and in different areas of comparative literature.

Within the Institute for Literature, the discipline has been developing since the early 1950s, with an emphasis on Slavic literature. Since 1973, when its research field was expanding, heads of the department were scholars such as Emil Georgiev (1960 - 1980), Boyan Nichev (1980 - 1992), Petar Velchev (1992 - 1997), Georgi Tsankov (1997 - 2002), and Yonka Naidenova (since 2002). Apart from them, other prominent researchers have also been part of the department: Iliya Konev, Georgi Dimov, Wanda Smohovska-Petrova, Lyudmila Boeva, Svetlozar Igov, Vera Mutafchieva, Lilyana Minkova, Magda Karabelova, Lyudmila Grigorova, Hristina Balabanova and others. From 1982 to 1989, the department had its own professional publication - the series Comparative Literary Studies, which characterizes the profile and tasks of comparative literary studies, cultivates a certain type of thinking in intercultural dialogue.

From the very beginning of its existence the activity of the department is comparative, and the developments are related to the development of comparative literary studies in Bulgaria, which goes through different stages of development - from research method and auxiliary discipline within literature to independent literary science. It is no coincidence that in the 1950s to the mid-1960s the research interest was focused on the comparative study of Slavic literature in our country. Founding works of Emil Georgiev were published that derived the definition of "general and comparative literary studies", which characterizes Slavic literatures and the interactions between them, and declares against the purposeful search for influences and borrowings. Scholars of the department - in the spirit of the Russian and Slovak, as well as the French comparative schools - highlight the literary typology, seek the interaction in literature and art, imposing the concept of "literary relations", emphasize the connection of literature with reality. Gradually in the 60's and especially in the 70's the field of research expanded in the direction of the Balkan and Western European literatures. The research of Serbian-, Croatian-, German- or Romanian-Bulgarian relations is contributing (with attempts for the periodization of relations). Separate summarizing works were published in this period by scholars such as Il. Konev, V. Velchev, G. Dimov, V. Smohovska, B. Nichev, as well as the collection Problems of Comparative Literary Studies (1978).

In the 1980s and 1990s, priority was given to the study of literary reception and literary translation as a unit of literary communication and exchange of artistic values ​​- areas in which the European structure of the new Bulgarian literature emerged. Apart from Slavic studies, research also focused on the so-called "small" literature. The monographic presentation of important foreign writers (Soviet, but also English, etc.), as well as the panoramic examination of separate national literatures - Czech, Hungarian - became more frequent. Developments in the field of the Revival (the four-volume monograph The Bulgarian Revival and the Enlightenment by Il. Konev) were published. The interest in the methodology and the basic comparative concepts - the object of consideration in the contribution work of B. Nichev Fundamentals of Comparative Literary Studies (1986) is growing. The spiritual life of Bulgarians abroad is studied, but also that of the minorities in the country. Emphasis is placed on the literature of the Slavic peoples, that was created in exile. A significant creative initiative - the result of joint cooperation - is the multi-volume series Reception of Translations of European Literatures in Bulgaria (started in 2000). At the beginning of the new century some more non-traditional (mainly interdisciplinary) developments appeared, the first important experiments in the field of imagology were made, new phenomena in literature were studied - modernism and postmodernism, in accordance with the interaction of Bulgarian literature with the world.

In view of the priority task - the study of the literary process in relation to the world and the national and regional literature - our research is mainly aimed at studying the interrelationships between two or more literatures, as literary phenomena are considered as elements of a common process. Opportunities are being sought for resolving key issues and for the introduction of new approaches and methods. Research with modern methodology and tools is becoming more frequent, using the interdisciplinary approaches of comparative culturology or comparative art history.

The main research topics are: the reception of the translations of European literatures in Bulgaria in the 19th and 20th centuries, in particular the problems of literary translation; comparative-typological and other issues of modern comparative literature and their application in our country; the dialogue of Bulgarian literature with the world; the theme of the hero in the Central European and Balkan literatures of the 20th century; the topic of Bulgarian culture and Central Europe; the literature of postmodernism as a new type of reflection on the world, etc. Along with this, a systematic study of the entry and perception of foreign literature (Russian, French, Hungarian, German, Polish, etc.) in Bulgaria from the Renaissance to the present day.

A separate topic is dedicated to Hungarian studies in Bulgaria that outlines the model framework of a still young science, uniting the efforts of researchers from the section and the relevant department at Sofia University "St. Kliment Ohridski". The new research is mostly multicultural, imagological and interdisciplinary and presents a variety of scientific approaches. It is also important that the members of the department are also active translators, compilers and editors of scientific and fiction literature, and many of them as teachers of foreign literature, language and culture in higher education. Indicative of the current research in Bulgarian comparative studies are also the large-scale conferences organized by the department, such as Under the Sign of European Cultural Dialogues: In Memory of Prof. Boyan Nichev and the published scientific collection (2007); Post-imperial and Proto-imperial Literatures and Literary Studies in the Mediterranean and Western Eurasia: (Non)Prestigious and (Non)Visible Kinships and Neighbourhoods (2016); Translation between Conjuncture and Mission: Post-Totalitarian Strategies for Presenting Foreign Literatures in Bulgaria (2017); a number of conferences and publications in the field of Russian studies, etc. Other important works (monographs) are devoted to the problems of Russian cultural philosophy and its assimilation in our country; the cultural transfer in translation, its culturological aspects related to the expression of foreign national vocabulary; the translation and reception of significant foreign authors, as well as specific comparative developments between the literatures. The topics have been developed within separate research projects, as the scientists from the department are active participants in other projects, including of other scientific organizations and higher education institutions.
Important collective publications of the department: 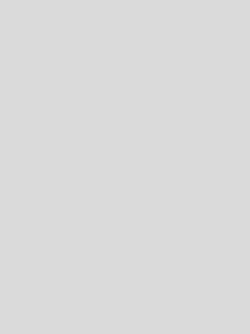 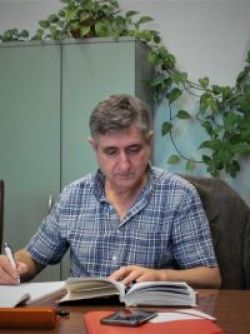 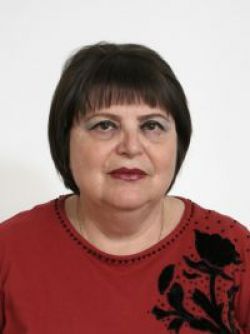 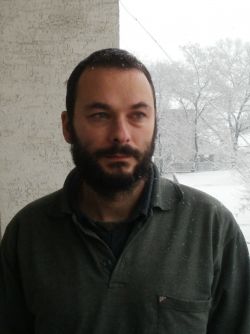