After the establishment of the Institute for Literature in 1948, the Department of "Bulgarian Literature until the Liberation" was established, which was headed by Acad. Petar Dinekov until 1983. From 1983 to 1989 it was headed by Prof. Docho Lekov. Prof. Bonyu St. Angelov, Lilyana Grasheva, Klimentina Ivanova, Stefan Kozhuharov, Elena Tomova, Dimitrinka Dimitrova, Sergey Raichinov, Trifon Bankov and others took an active part in the scholarly activity of the department during the years until 1989. The collaboration of Prof. Hristo Kodov, an experienced palaeographer, archeographer and Byzantine scholar, as well as of Prof. Kuyo Kuev, an exceptional connoisseur of old Bulgarian manuscripts, had an extremely beneficial effect on the development of the department.

During this period, several publications by P. Dinekov in connection with the preparation of the first multivolume "History of Bulgarian Literature", whose initial volume "Old Bulgarian Literature" appeared in 1962. Authors in it are P. Dinekov and B. St. Angelov. The methodological discussions are reflected in the discussion on the pages of the magazine "Literary Thought" with participants P. Dinekov, B. St. Angelov, L. Grasheva. The source-archeographic direction in Paleo-Slavic studies was then developed: namely, the three-volume edition of the works of Kliment Ohridski (1970–1978) with authors B. St. Angelov, Hr. Kodov, K. Kuev, Kl. Ivanova. A remarkable archeographic contribution was the book of Kl. Ivanova "Bulgarian, Serbian and Moldavian-Wallachian Cyrillic manuscripts in the collection of M. P. Pogodin" (1981). St. Kozhuharov published his remarkable discoveries in hymnography: works by Konstantin Preslavski and Naum Ohridski (1979, 1984). Since 1972, the department has been the organizational center of the work on the Cyril and Methodius Encyclopedia: the first of its kind in the history of Slavic studies, which unites over 100 specialists from all over the country. The dictionary of the encyclopedia was developed (with the participation of Assoc. Prof. Dr. Svetlina Nikolova and Assoc. Prof. Dr. Ekaterina Dogramadzhieva), the bibliography and illustrations are being worked on. The concept of a series of translations of Old Bulgarian works was created in the five-volume series "Old Bulgarian Literature" published by "Bulgarian Writer" (Apocrypha, 1981; Oratorical Prose, 1982, Historical Works, 1983; Biographical Works, 1986, Natural Science, 1992).

In 1989, an independent department for Old Bulgarian Literature was established (studying the period before the end of the 17th century), headed by Stefan Kozhukharov. Since 2000 the head of the department is Prof. Anisava Miltenova. Specialists continue to actively study the repertoire of original and translated literature in comparison with the Byzantine tradition, the penetration and history of the texts in other Slavic literatures. Problems in the field of textology and publishing of monuments, as well as issues of the theory of genres and poetics of the old Bulgarian literature are being developed. Studies are published that fully cover the history of medieval literature in chronological (IX-XVII century) and genre-thematic terms: hagiography (E. Tomova, A. Stoykova, R. Stankova, M. Petrova-Taneva, D. Radoslavova) ; hymnography (R. Stankova, R. Koycheva, D. Getov), ​​medieval macro genres (A. Miltenova, M. Petrova-Taneva, I. Kuzidova); apocrypha (A. Miltenova, D. Dimitrova); socio-cultural aspects of literature (N. Gagova); description of collections of Greek manuscripts in Bulgaria (D. Getov). Since the 1990s, the application of computer methods in the description and analysis of medieval manuscripts has been increasing, to which the Repertoire of Medieval Literature and Literature initiative (from 1997 to the present) is dedicated. A computer reference book on the terminology in Paleo-Slavic studies is being developed (in 8 languages). After 2000, the integration processes for the integration of the Bulgarian humanities into the European humanities gained new intensity. The Commission for Computer Processing of Slavic Manuscripts at the International Committee of Slavists (1998) was established with A. Miltenova as its first chairman. The Section develops international initiatives and projects in cooperation with UNESCO, the British Royal Library, universities in Austria, Great Britain, Romania, Russia, Slovenia, Serbia, Sweden and others. In the period 2000-2019 the section is the organizer and co-organizer of 18 international conferences and workshops. Two periodicals are published in the section: Old Bulgarian Literature (since 1971) and Scripta & e-Scripta (since 2000). A series of Studia mediaevalia Slavica et Byzantina (since 2011) is being published as well with 6 books already out of print. 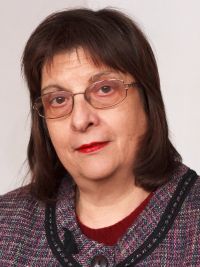 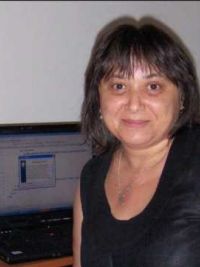