On 27.02 the exhibition “Bulgaria: Treasure of Words” was opened at the European parliament in Brussels (Yehudi Menuhin Hall). The exhibition was realised by scientists from the Institute for Literature and with the support of Dr. Andrey Kovachev’s Bulgarian Memory Foundation. 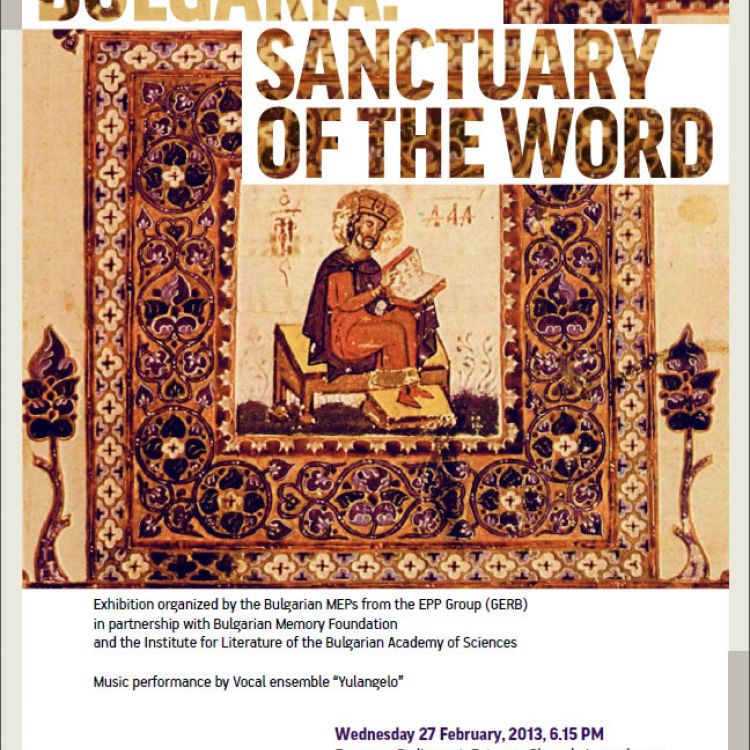 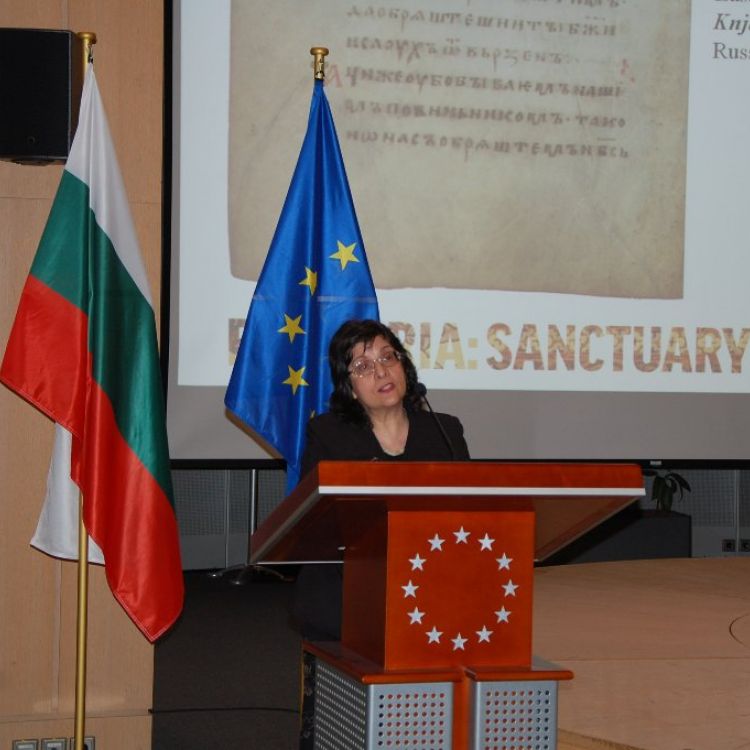 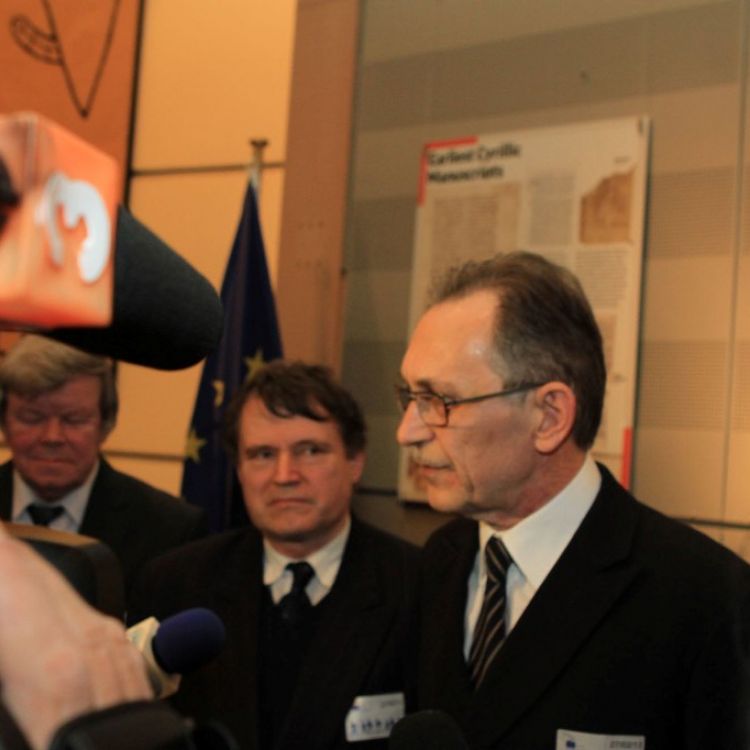 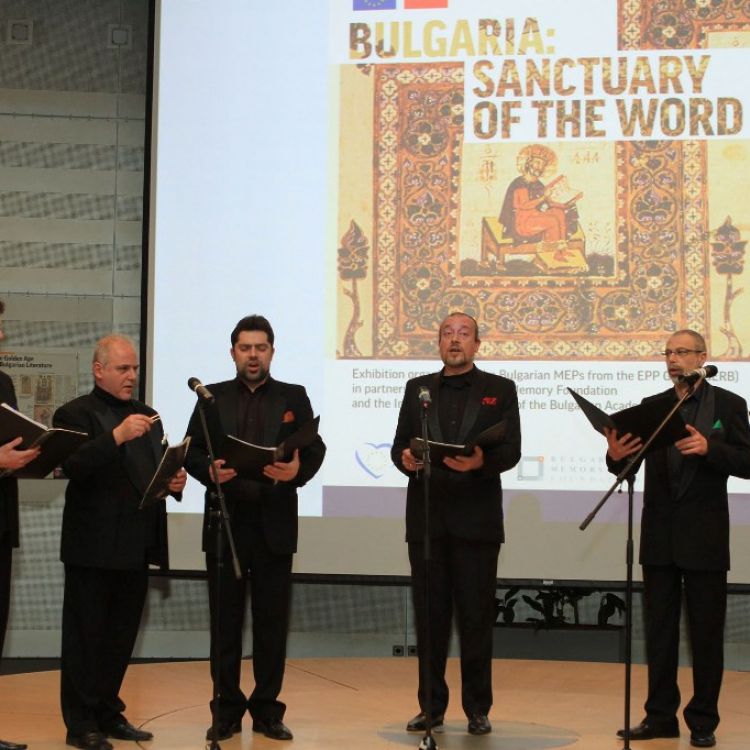 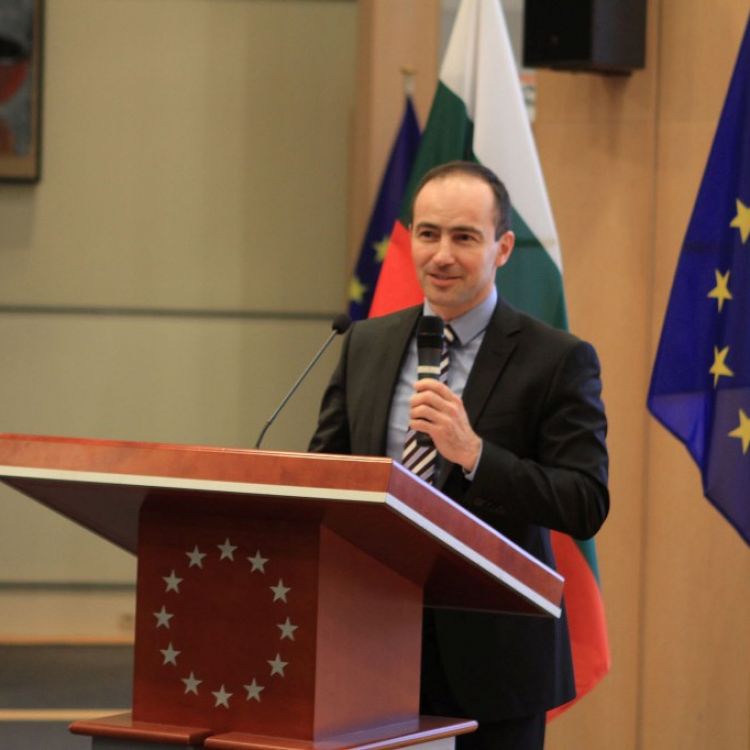 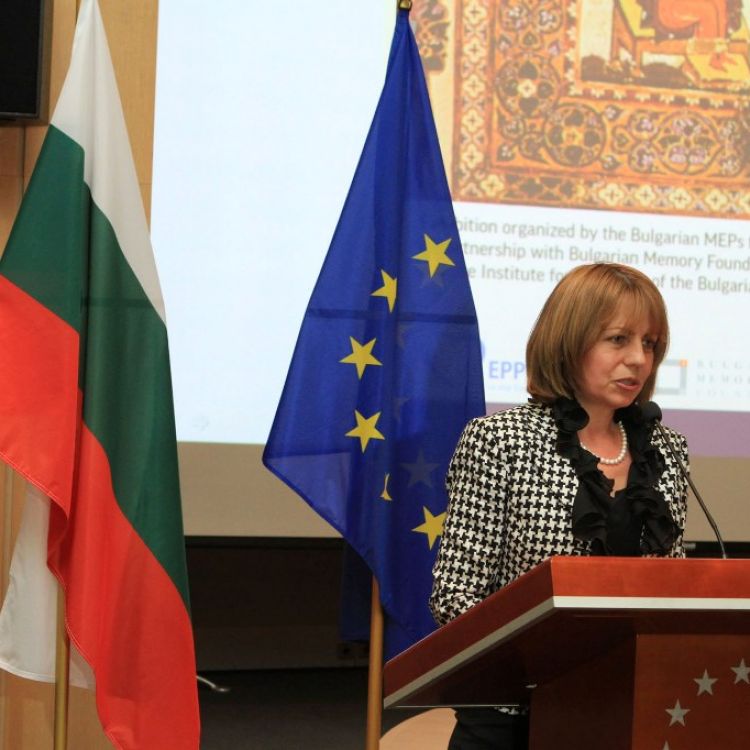 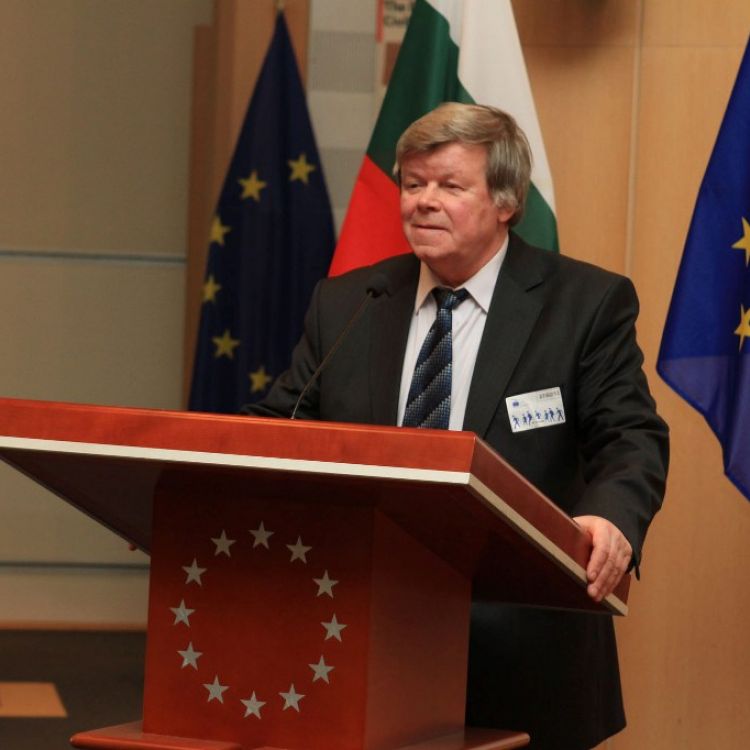 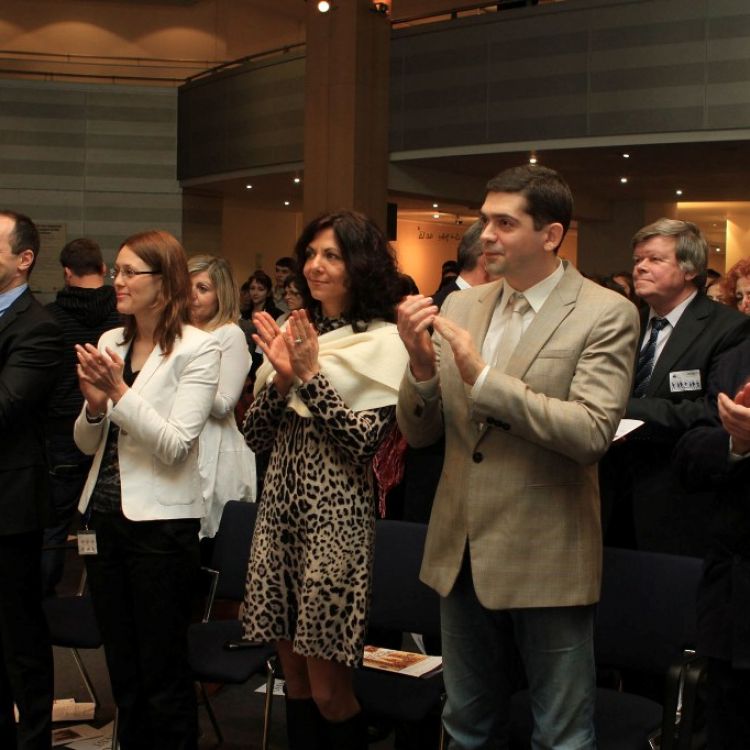 Dr. Andrey Kovachev is chairman of the Bulgarian delegation in the fraction of the European People’s Party. At the heart of Europe the 1150-jubilee of the creation of the Slavonic script by Cyril and Methodius brothers and the Velikomoravska (Great Moravian) mission, to which the present 2013 year is devoted, was solemnly celebrated. Prof. H. Miklas (Austria), prof. J. Rihlik (Check Republic), prof. I. Kaliganov (Russia) took part and underlined the importance of the St. Cyril and St. Methodius brothers’ work and its tremendous impact on the whole Slavonic world.

The Middle Age Bulgarian – Glagolhic and Cyrillic records – and the Bulgarian literary development from the end of IX to XIV century was presented in prof. Anissava Miltenova’s speech. Cyril and Methodius pupils and their disciples’ activities do not only save the Moravian mission literary inheritance but also transform the Cyril-Methodius’s achievement: from a missionary concept to a fundamental ideology proclaiming the native language advantage in literature. Spreading amongst other Slavonic people, it becomes an inseparable and important part of the European civilization. The event was accompanied by the Yulangelo Vocal Formation performing their author triptych “Ancient Bulgarian Alphabet”.