On December 16th, 2013, in the Conference Hall of the National Library "St. St. Cyril and Methodius" the "Poles of Critical Destiny" - part 3 Jubilee conference was held. It was dedicated to the anniversary of Vladimir Vasilev’s birth (130 years), Malcho Nikolov’s birth (130 years) and Krustio Kuyumdjiev’s birth (80 years). Prof. Boryana Hristova, Director of the National Library, opened the conference and expressed her firm belief that the National Library was the place where the memory of the greatest Bulgarian artists and literary critics was kept alive. The morning session was devoted to the work of the literary critic and publisher – the cultural strategist Vladimir Vasilev. In his report "The Genre Perfection of Vladimir Vasilev" Prof. Mihail Nedeltchev (NBU) read a statement, in which he expressed his outrage of the infamous denial of Vladimir Vasilev’s presence in our cultural life after 9th of September, the acts of humiliation, to which he was systematically subjected. 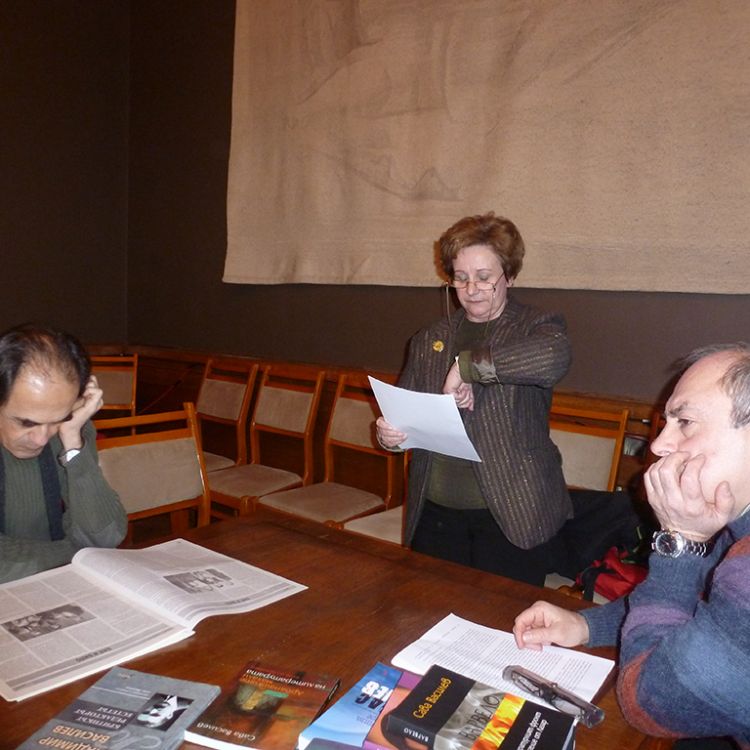 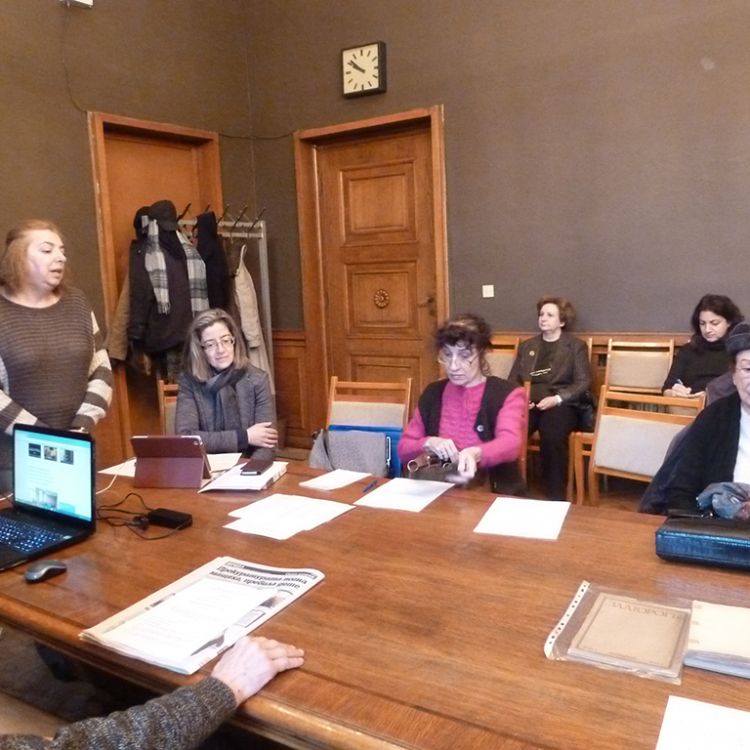 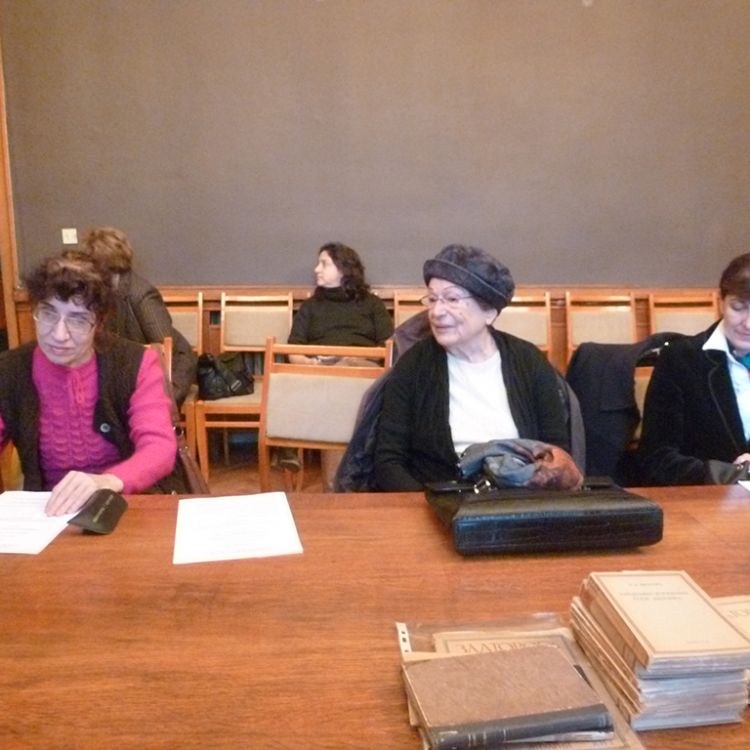 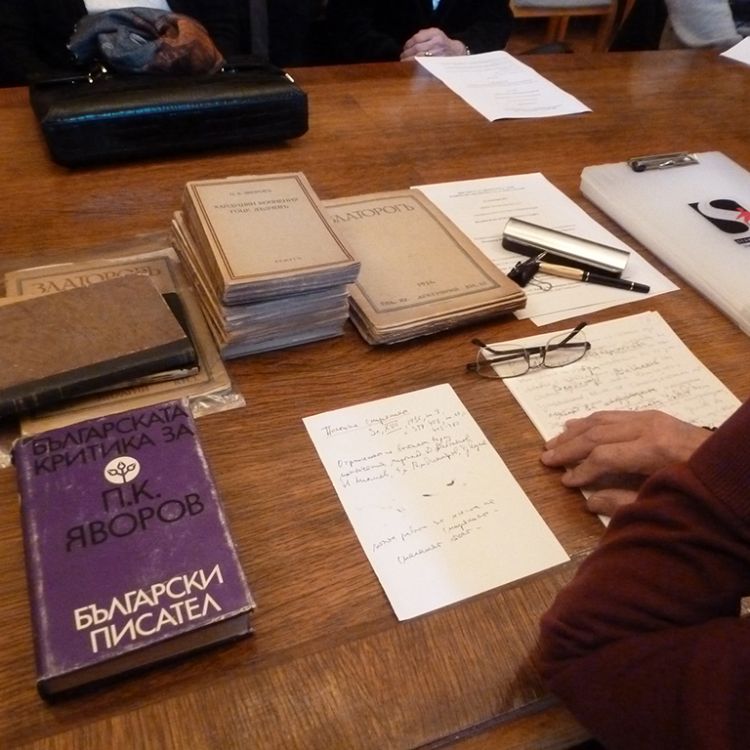 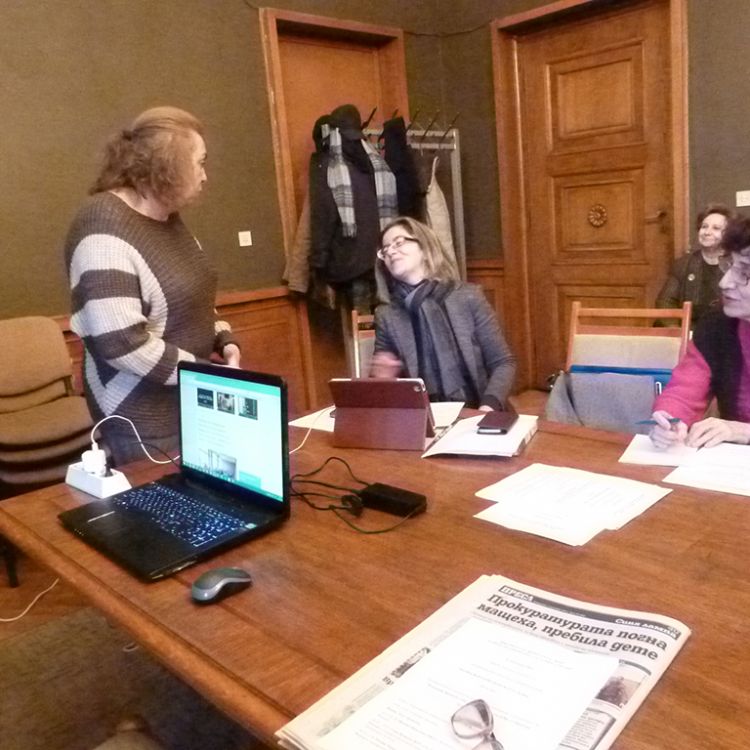 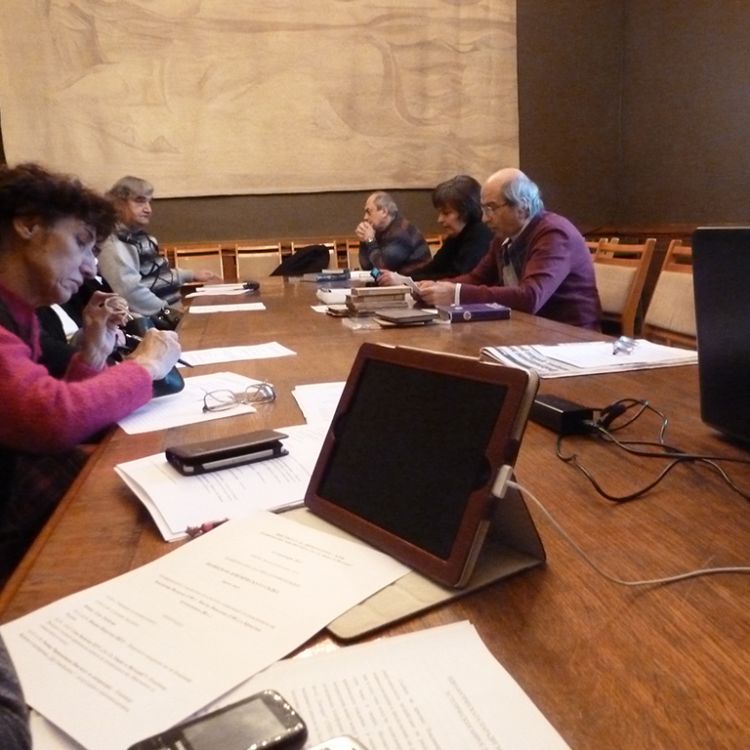 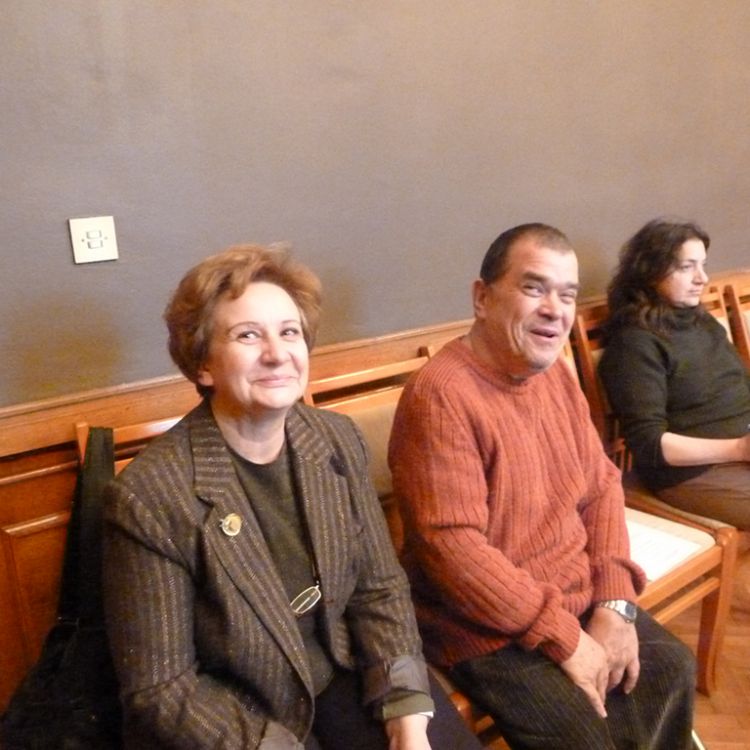 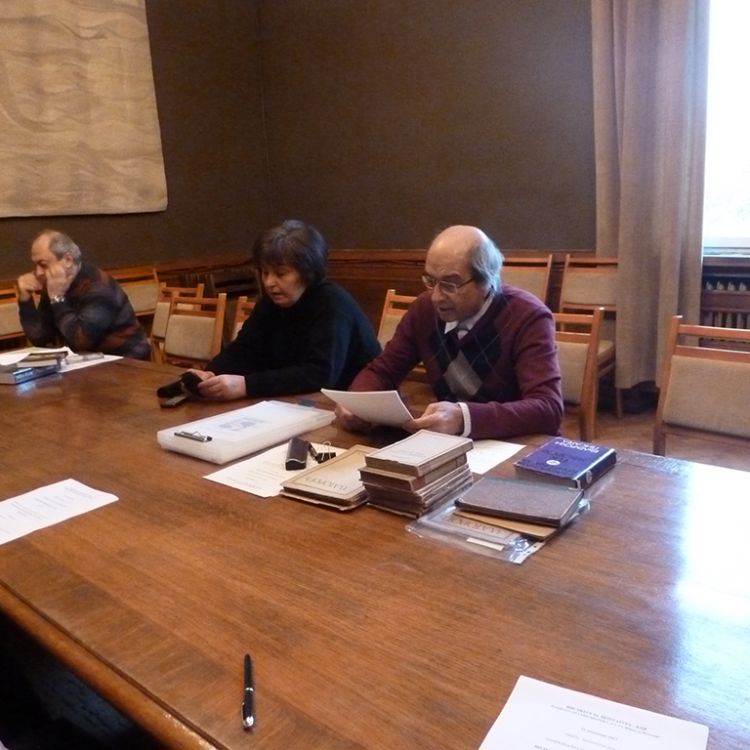 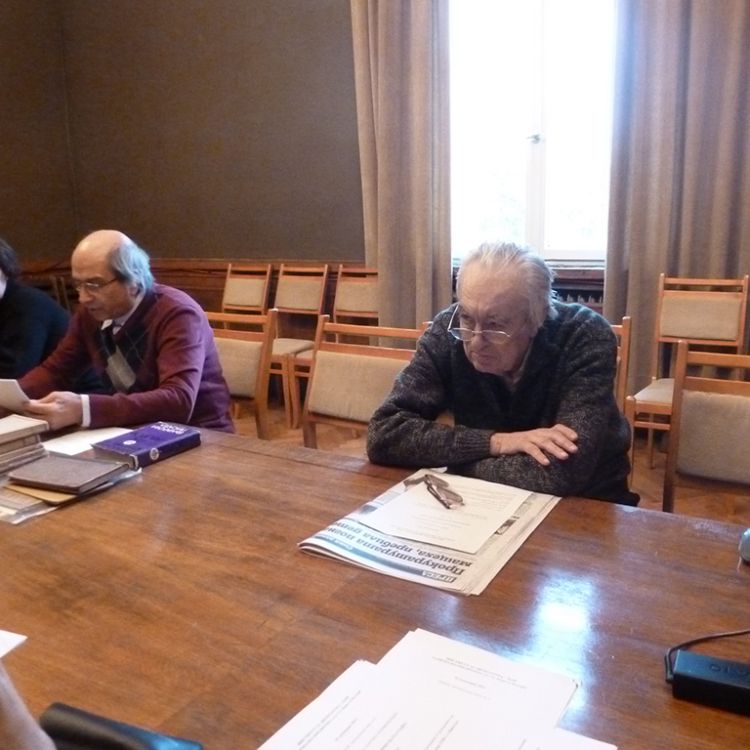 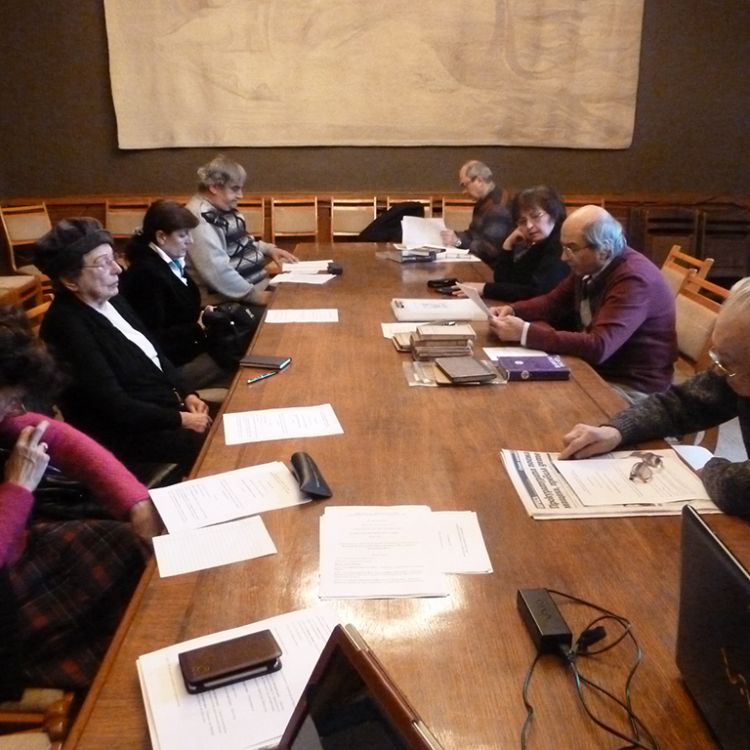 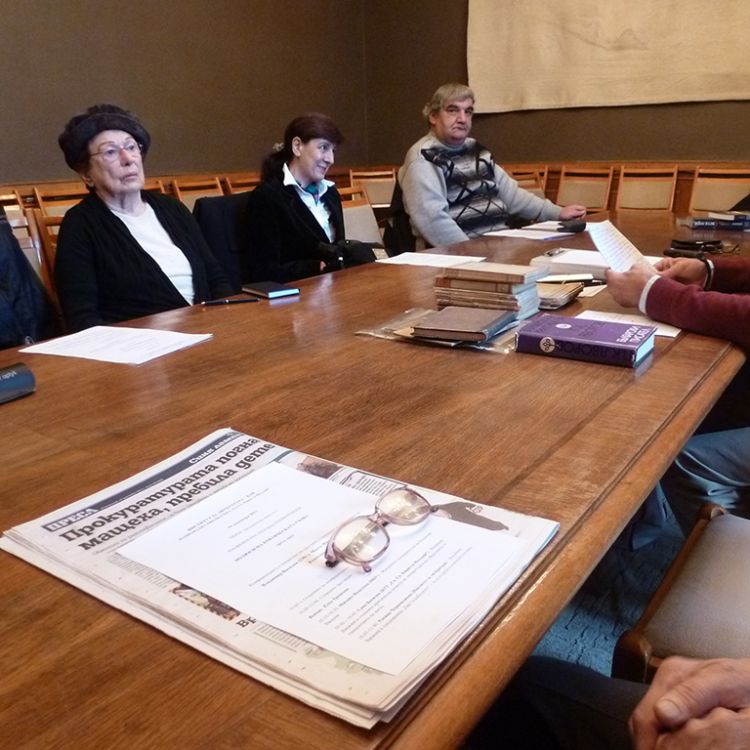 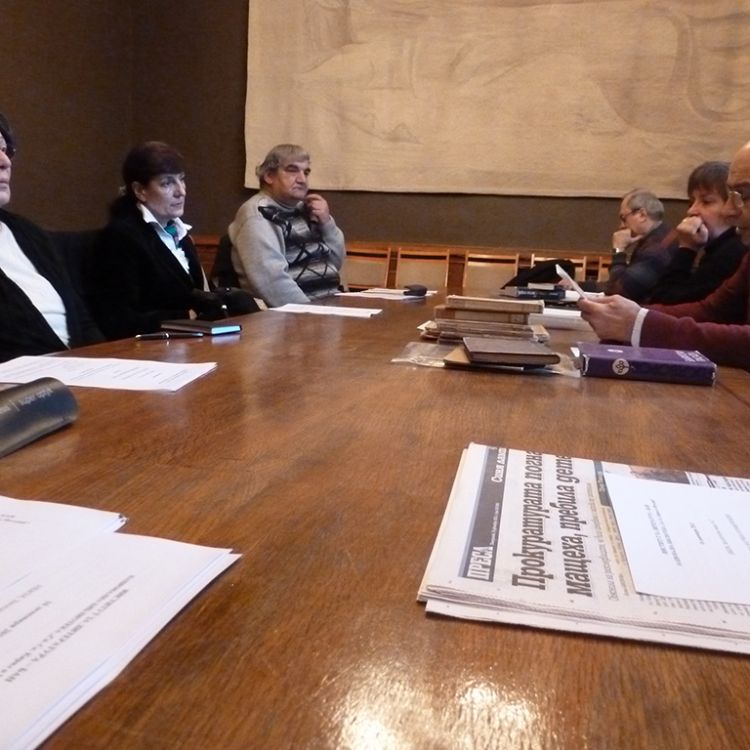 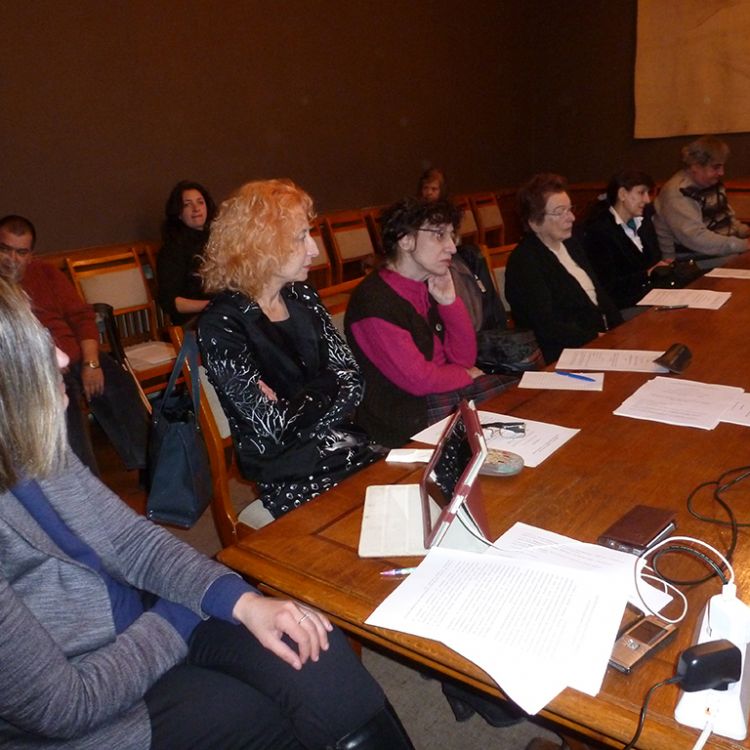 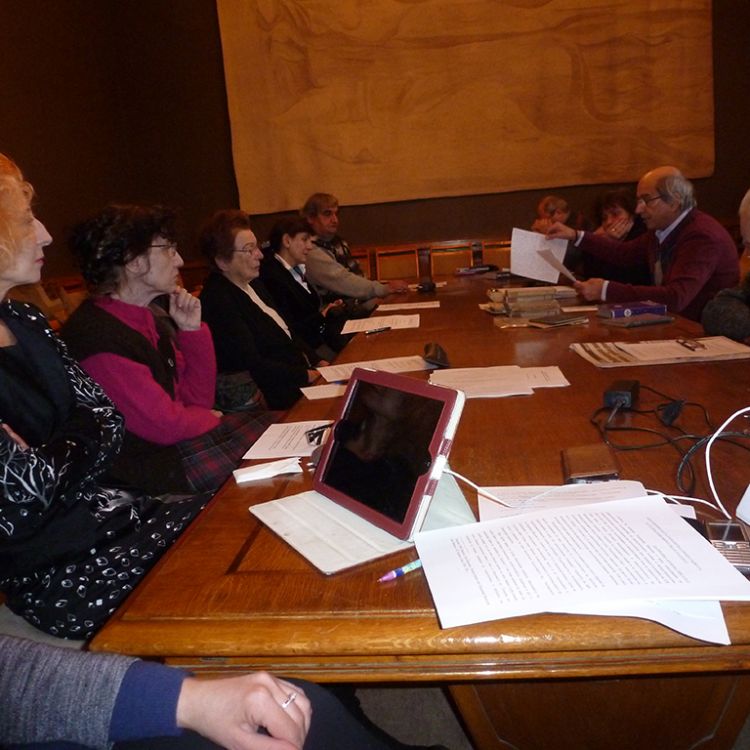 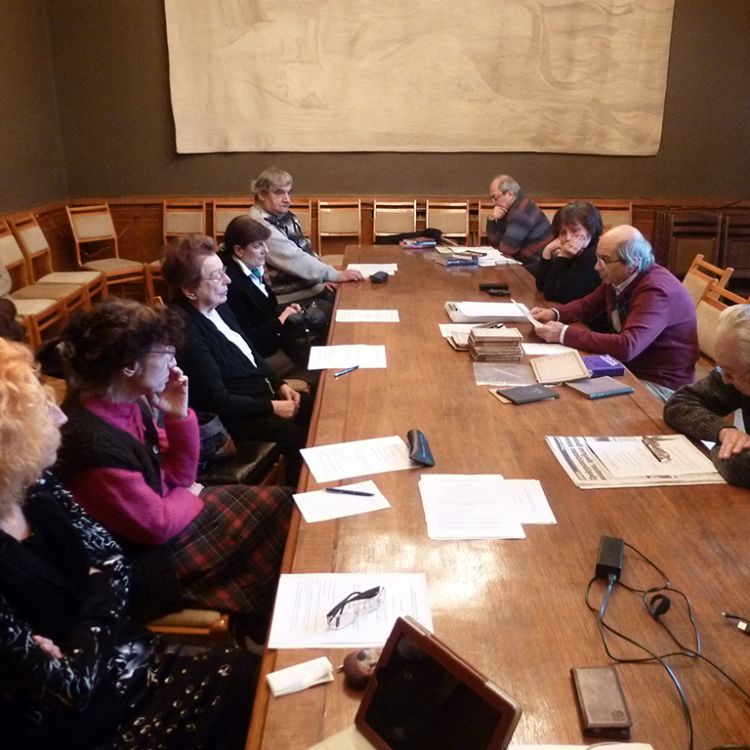 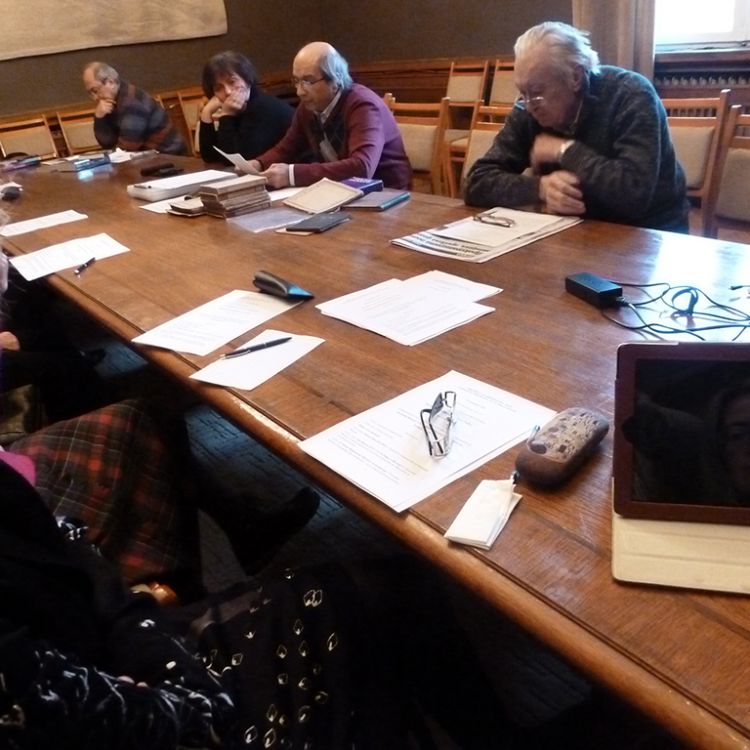 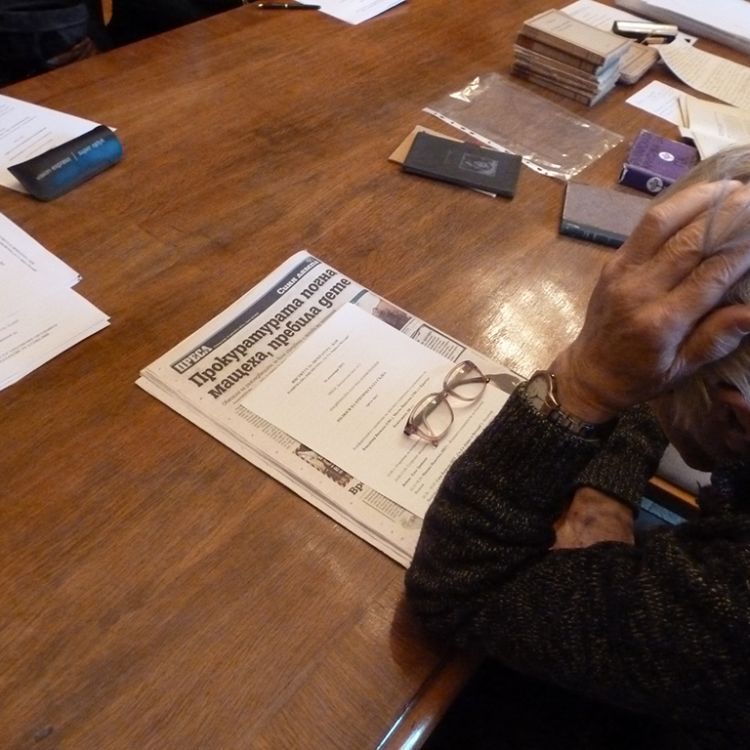 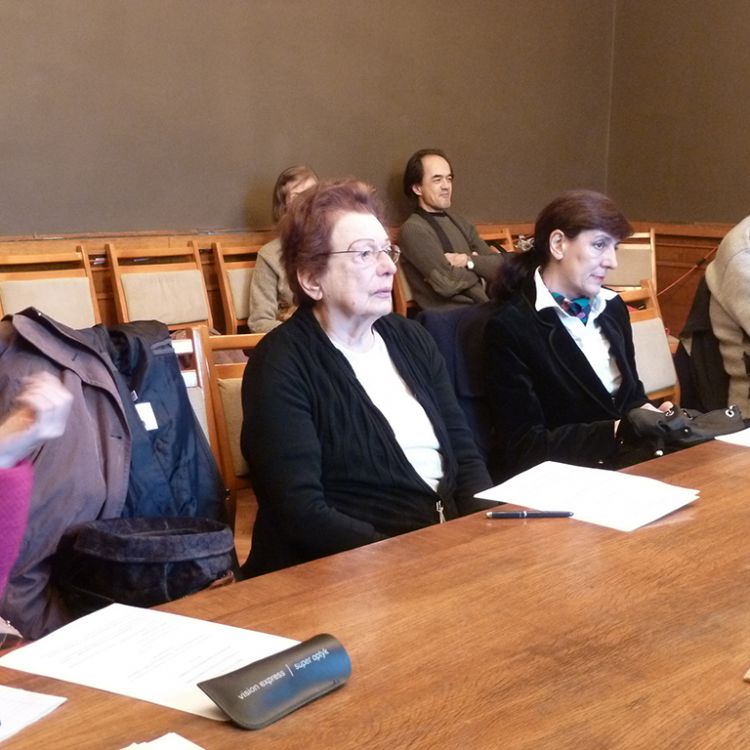 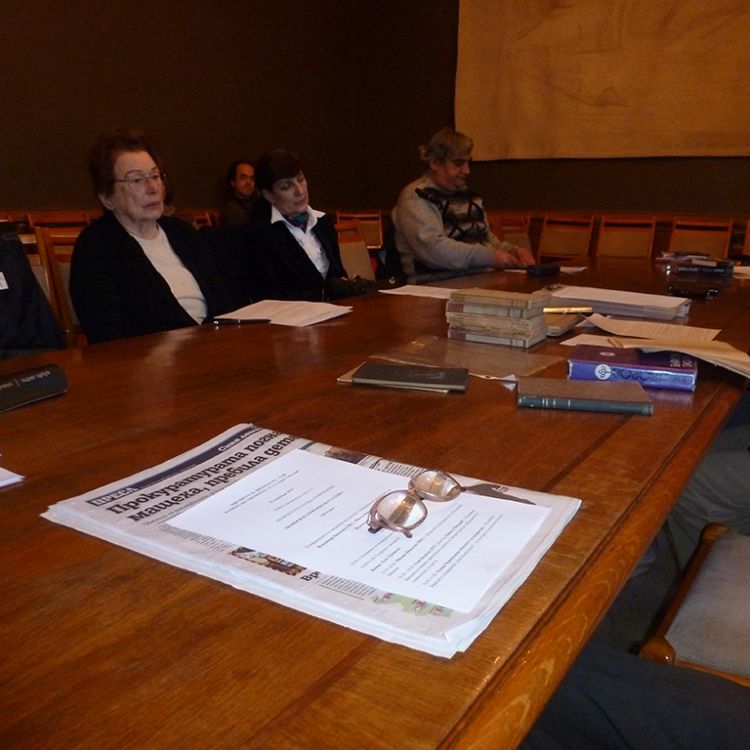 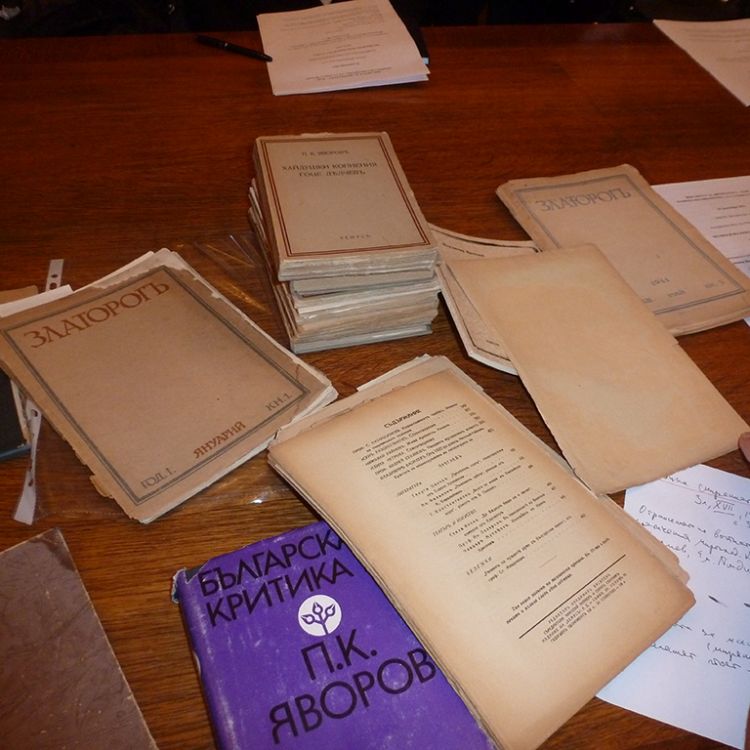 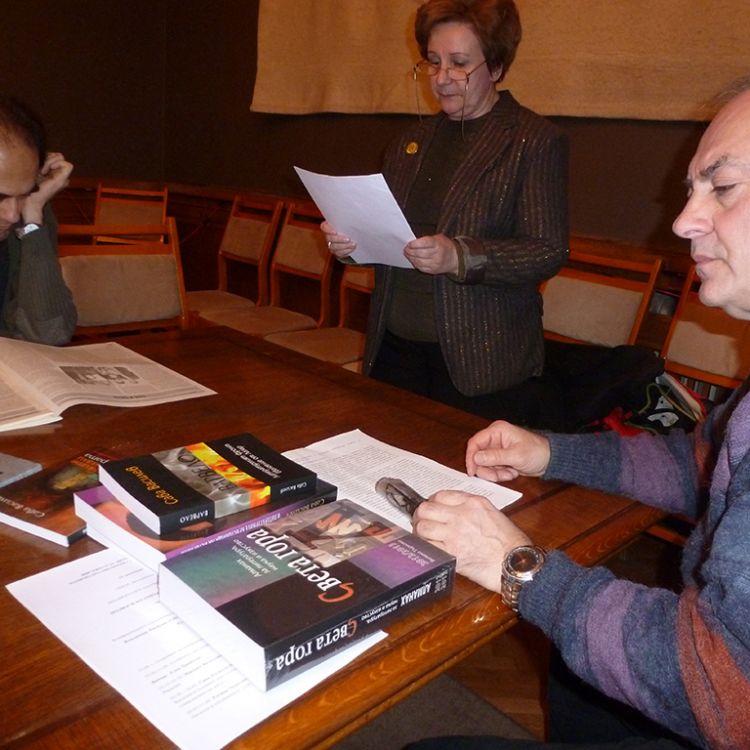 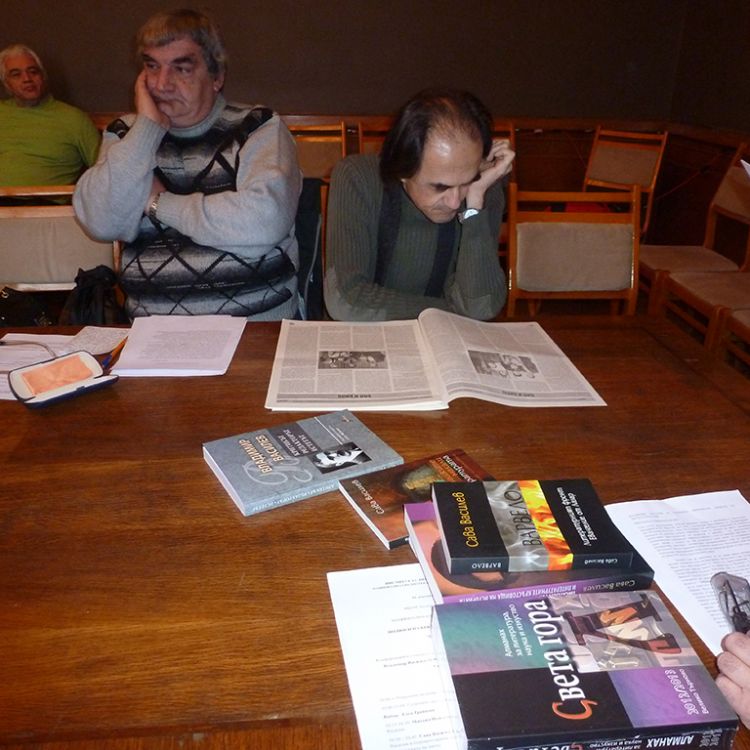 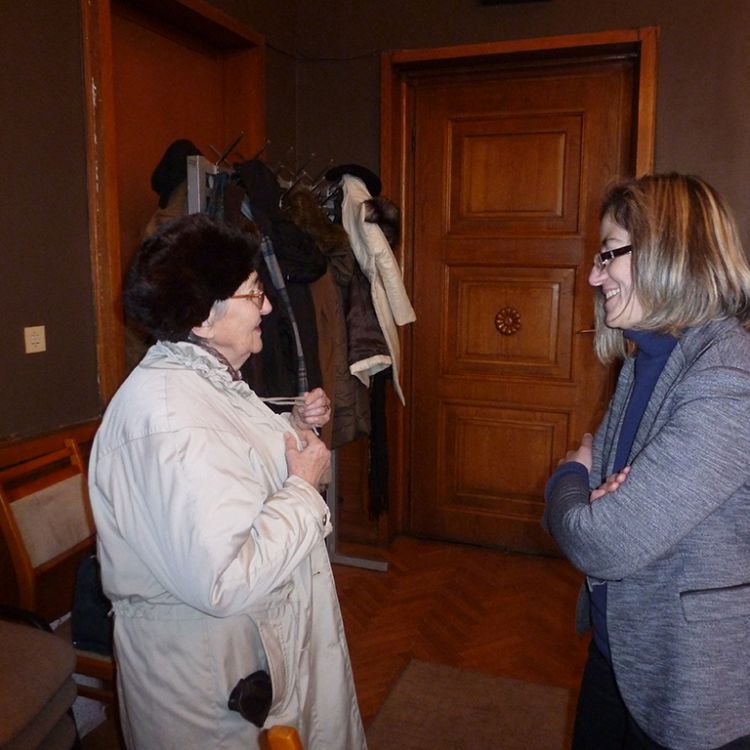 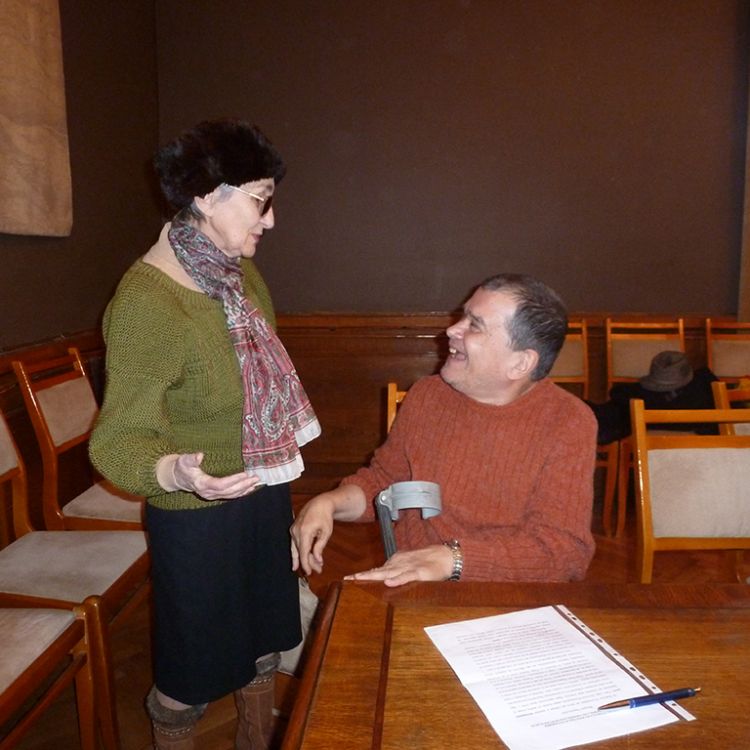 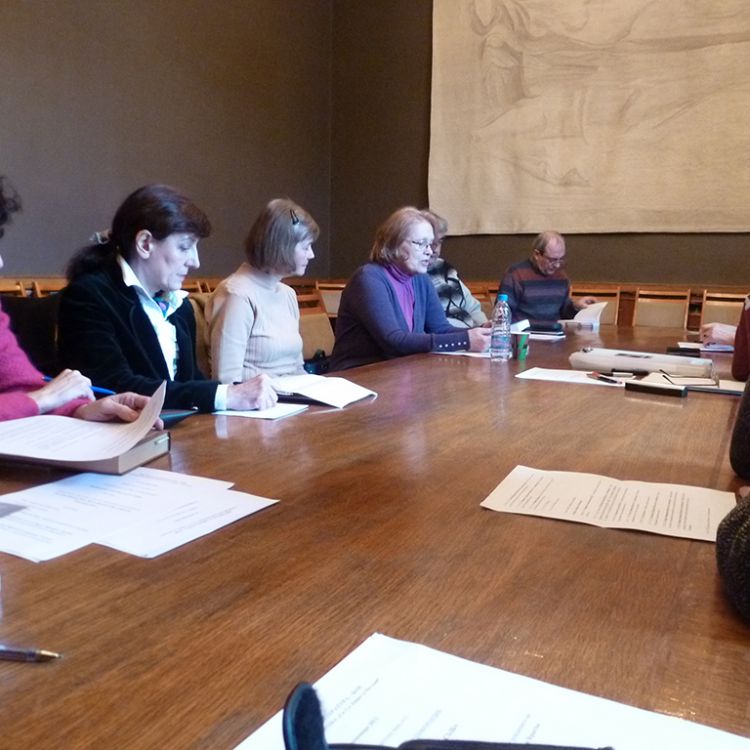 Further Nedeltchev numbered and analyzed the exemplary achievements of Vladimir Vasilev in nine literary critical genres. Prof. Sava Vasilev (University of Veliko Tarnovo) in the text "Vladimir Vasilev and the Major Critical Themes of our Literature. (Fragments of the Genealogy of the Myth)" stopped on the mechanisms of creating of the literary critical identities, on the nature of the literary themes and situations, in which these identities were created and, in particular, on "Vladimir Vassilev" phenomenon in the part, concerning his entry to the “Misal” literary magazine. Rositza Chernokozheva (Institute for Literature) in her text "Vladimir Vassilev and “Tzar Osvoboditel” Pastry Shop – about Culture and Psychopathology" paralleled ingeniously Konstantin Konstantinov’s and Kiril Krastev’s memories about this most concentrated reflection of the cultural life between the wars - “Tsar Osvoboditel" cafe and added a psychiatric look to the usual visitors at the pastry shop – an attitude, which Vladimir Vasilev reasonably disputed. Rumen Shivachev (Institute for Literature) outlined in his report " Bai Ganjo and the Idea of Native (on two texts by Vladimir Vasilev)” some original visions and literary critical approaches in two texts by Vladimir Vasilev on Aleko Konstantinov’s works and, in particular, on "Bai Ganjo " – critical texts that seemed to remain unnoticed in the general conception of the author and his work. The text by Assos. Prof. Marietta Girginova (Institute for Literature ) "Vladimir Vasilev as a Theater Strategist" considered the strategy program of the critic for the theater institution and art establishment between the two world wars, developed by “Zlatorog” magazine, stopped on the original and foreign articles and reviews, concerning actors’ and directors’ portrays and art events. Ivanka Deneva’s text "The Ideological Paradigm against Fate, Aesthetic Worldview and Talent" referred back to the tragic fate of Vlasimir Vassilev, the destructive interpersonal conflicts, which came as a result of politicized and predisposed concepts of a person and an artist, to those factors, which made him sink to a silent and lonely existence, especially in his recent years, when even his creative impulse died out.

The afternoon session was devoted to the literary critics Malcho Nikolov and Krustio Kuyumdjiev. In her text "The Zlatorog Pages of Malcho Nikolov" Nadezhda Alexandrova (NBU) introduced a newly issued collection of Malcho Nikolov’s texts on the pages of “Zlatorog" magazine (titled "Zlatorozhki stranici” (Zlatorog pages)) and reminded a Malcho Nikolov’s book - "Literary and Life Memories". She outlined Malcho Nikolov’s development as a literary critic and historian, told interesting episodes from her work with Malcho Nikolov’s file. The text by Bogomil Popov "Malcho Nikolov about Elin Pelin’s novel "Earth" - an exception to the rules in "Zlatorog" stopped on Malcho Nikolov’s sharp critic of the artistic deficiencies of Elin Pelin’s novel in the context of Nikolov’s conflict with Prof. Alexander Balabanov. In his report "About the Critical Brotherhoods (Krustio Kuyumdjiev among the Impressionists)" Prof. Mihail Nedeltchev shared personal memories of Krustio Kuyumdjiev as well as of his communication with the other two Impressionist critics - Zdravko Petrov and Toncho Zhechev. Assoc. Prof. Elka Traykova (Institute for Literature) in her text "Polemics and Polemic Style of Krustio Kuyumdjiev" analyzed the characteristics of Kuyumdjiev’s polemic style, the typical structure of his polemic texts, stopped on the challenges of the polemic style of communication, the mixture of rhetoric, literature study and psychology, which a polemic text appears to be. Assoc. Prof. Petar Velchev in his text "The Knight of Good and Beauty” shared memories about the twenty years of literary and personal friendship with Ktusio Kuyumdjiev, told about the artistic environment in the critic’s home. Assos. Prof. Vihren Chernokozhev (Institute for Literature ) in his text "Gourmet Aesthetics of Krustio Kuyumdjiev as an Alternative to the Socialist Realistic Critical Canon" turned back emotionally in his memories about the intellectual communication with the teacher Krustio Kuyumdjiev. He spoke about one of Kuyumdjiev’s favorite ideas about the humanization of knowledge of literature and knowledge in general, stopped on the critic’s appeal not to banish literature from literary critics as well as on his original vision of the characters in "Tutun” (Tobacco). Chernokozhev’s text emphasized on the aesthetic meanings and contents of the culinary recipes of Krustio Kuyumdjiev in his little book, named "Come, Lord, let’s eat". Dr. Emilia Alexieva (Institute for Literature) analyzed in the text "Images of Irene from the “Tutun” (Tobacco) novel by Dimitar Dimov in the interpretation of Krustio Kuyumdjiev" the original literary critical views of Kuyumdjiev in his articles and his book about Dimitar Dimov, the critic’s demand for numerous and different perspectives to the artistic features of the characters analyzed. The conference ended with a discussion, rich and diverse in its themes, friends and relatives recounted memories about Krustio Kuyumdjiev.