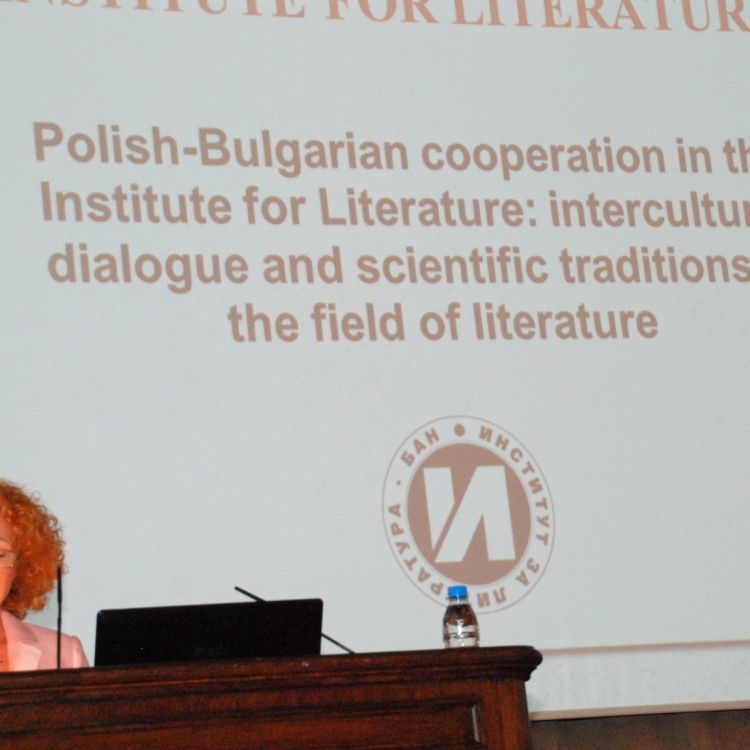 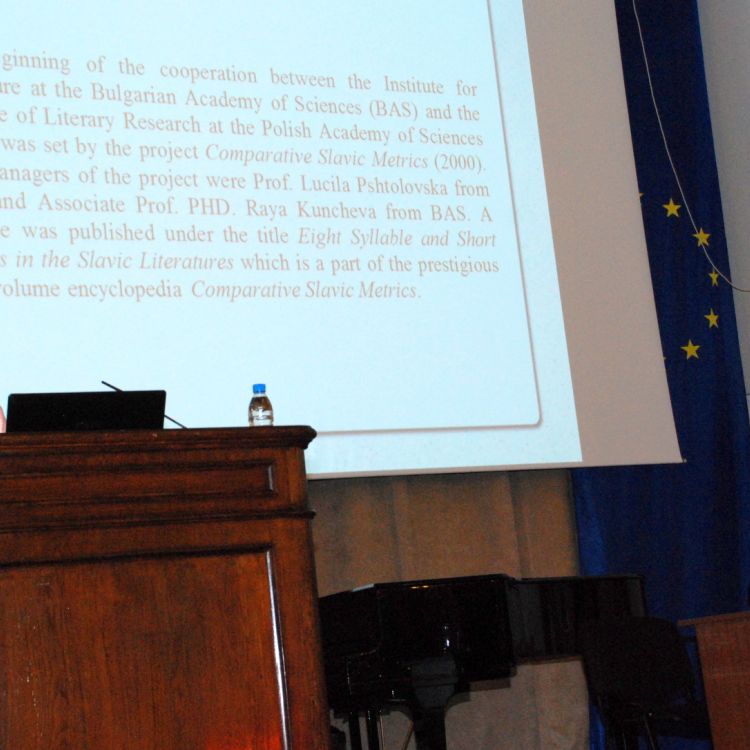 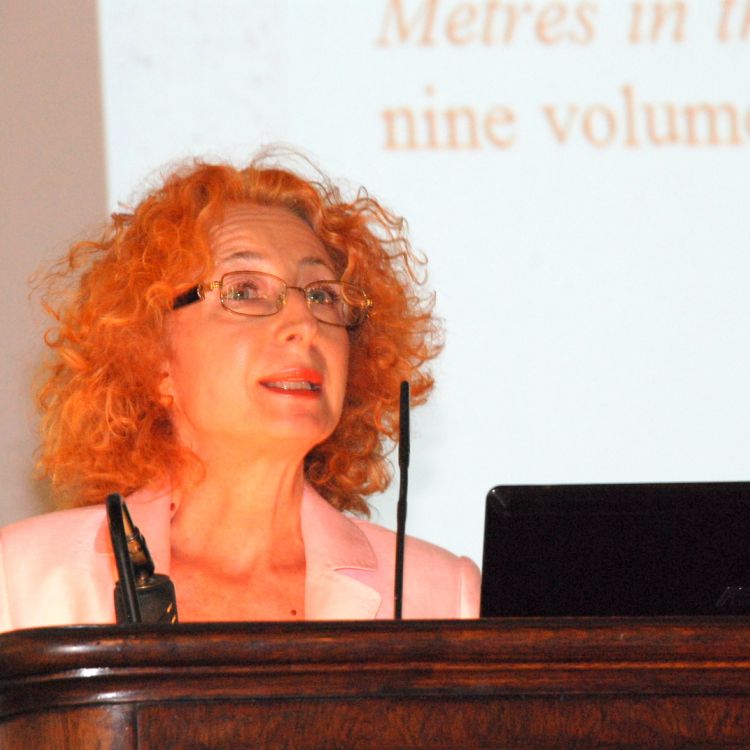 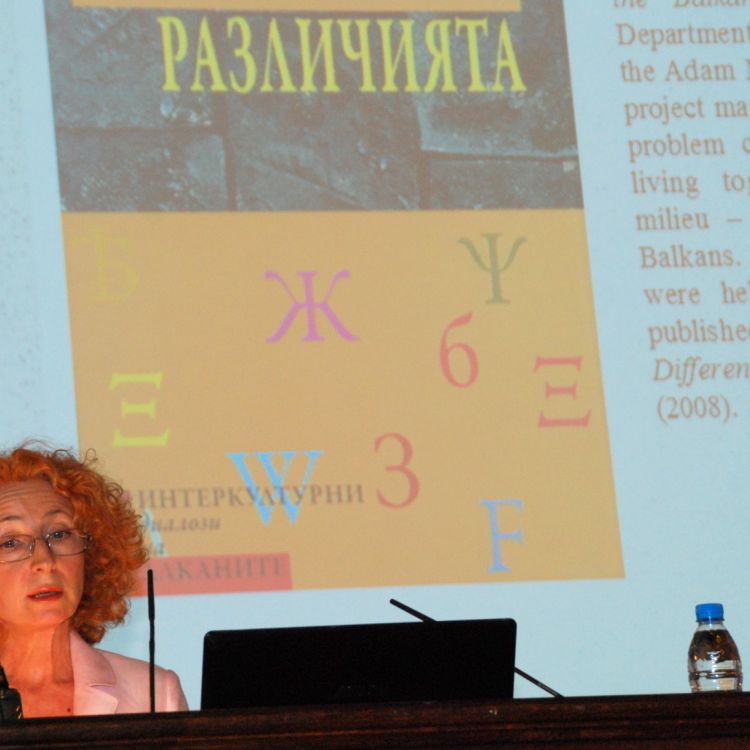 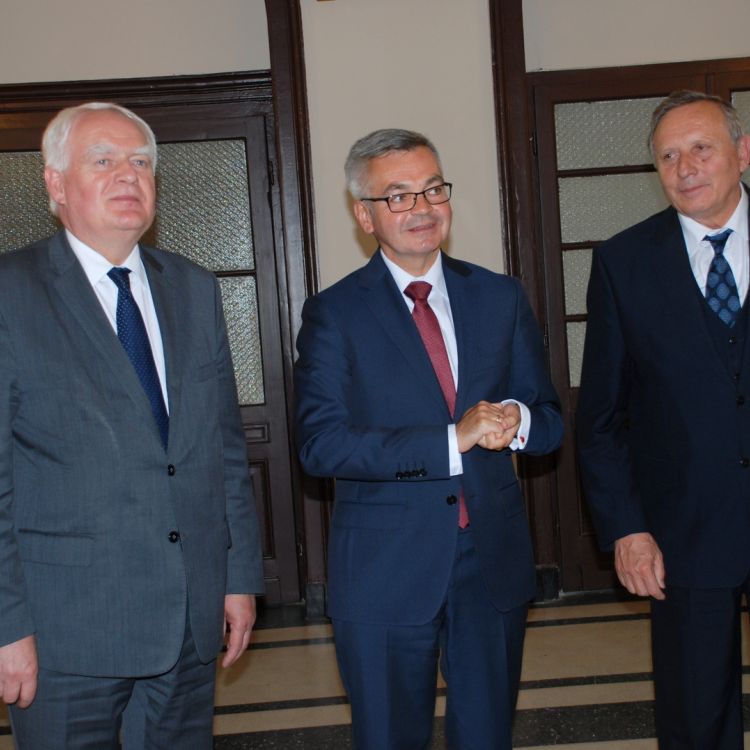 The beginning of the cooperation between the Institute for Literature at the Bulgarian Academy of Sciences (BAS) and the Institute of Literary Research at the Polish Academy of Sciences (PAS) was set by the project Comparative Slavic Metrics (2000). The managers of the project were Prof. Lucila Pshtolovska from PAS and Associate Prof. PHD. Raya Kuncheva from BAS. A volume was published under the title Eight Syllable and Short Metres in the Slavic Literatures which is a part of the prestigious nine volume encyclopedia Comparative Slavic Metrics.

The cooperation with the Institute of Literary Research at PAS and the Jagellonian University (Krakov) and the Gdansk University is carried out under the project From Modernism to Postmodernism: Bulgarian-Polish Literary and Cultural Studies at the End of the 20 th Century (2000 - 2002). Project managers were Associate Prof. PHD Magda Karabelova and Prof. Rishard Nich. The team of the project included some of the best experts on the problems of modernism and postmodernism. They presented their scientific researches in the collection volume The Search for Modernism and Postmodernism (2004). The articles published in the collection are in Polish, Bulgarian or English. They investigate the aesthetic dimensions of modernism and postmodernism in the two target literatures. The authors not only analyze concrete literary works, but also the cultural models created by the two movements under scrutiny.

Another project was Poetics and Literary Theory in Poland and Bulgaria. Slavic Comparaive Metrics. Project managers were Prof. Teresa Dobrzynska and Associate Prof. PHD. Raya Kuncheva. The scholars from the Institute of Literary Research at PAS and those from the Institute for Literature at BAS in 2003 held a joint conference under the heading: Memory and Text. Cognitive and Cultural Aspects. In 2005, the materials from the conference as well as other scientific texts were published in the collection Memory and Text. Cognitive and Cultural Aspects, TeresaDobrzyńska, RayaKuncheva (eds.). This book is dedicated to contemporary issues like historical memory, cultural tradition, memory as crossing point of different interdisciplinary methods, memory as a mechanism of thinking inside the text and the work. The research also features the presence of memory in everyday cognitive processes and communicational practices.

For the period 2003 - 2005, the Institute for Literature together with the Institute of Slavic Studies at PAS developed a project named Problems of Ethnic and Cultural Identity. Bulgaria and its Neighbours. Its managers were Prof. Yolanta Suetska and Prof. PHD Nikolay Aretov. Through the methods of interdisciplinary research, the Polish and Blgarian scholars were rethinking the problem of national identity, of the complex relations of a people with its neighbors, of tolerance for the Other. The purpose was also to develop certain approaches in overcoming nationalism and xenophobia.

A team of scholars lead by Associate Prof. Anna Nashilovska and Associate Prof. Magda Karabelova researched the fashionable problem core of Women in the Social Discourse of Bulgaria and Poland (Literature, Art and Media). Inside the project a scientific conference was held and a scientific collection published under the title Describing a Woman. Bulgarian-Polish Literary Debates from the Years of Transition to Democracy (2009). The authors of the texts from the collection pose some important contemporary questions: what is the moral and ethical choice of the female artist in the present; what are the messages of her texts; what is the power of these texts to shape tendencies in the modern cultural space and how do they influence the dynamically changing social processes.

One of the long lasting projects uniting the Polish and Bulgarian scholars is Literary Concepts and Their Contexts. Comparative Slavic Metrics - Ancient Verse Forms in the Slavic Literatures. The project manager on the part of the Institute of Literary Research at PAS is Prof. Teresa Dobrzynska, on the part of the Institute for Literature at BAS the manager is Prof. PHD. Raya Kuncheva. Within that project two scientific conferences were held. The papers opened a wide field of problems defined by the different views on the topic of the project. Two seminal scientific collections were published. The first one is Words and Images. Iconicity of the Text "=Слова и образы. Иконичность текста /2008/. It was dedicated to a problem that has occupied a central place in aesthetic theory: the issue of the relation between linguistic and visual signs, between verbal art and the plastic arts. The newest result of the activities on that project is the collection Vision and Cognition = Взгляд и познание (2011). It includes articles in English, Russian and German, sharing the topic of the gaze that is developed through Biblical and mythological motifs and through the philosophical paradigms of the present day. Gaze and knowledge are a topic bearing the weight of a centuries long tradition. The Polish and Bulgarian scholars explored it through theories of what is human, through visual identities and critique of ideology. The last conference on this project was held in 2012. The title was Similarity and Difference. The Problem of Identity and it was followed by the assembling of a scientific collection that is to be published in 2015.

The project Biblical Text in the Southern Slavic Literatures from the Middle Ages to Modern Times (Functions, Reception, Interpretations) (2012-2014, 2015-2017) combines teams from the Institute for Literature - BAS and the Institute of Slavic Studies - PAS. Project managers are Prof. PHD Grazina Schwat-Galabova and Associate Prof. PHD Anna Stoikova. The project takes an interdisciplinary view (both of philology, theology and cultural history) of the influence the Bible exerted upon the emergence and development of the Southern Slavic literatures in the different stages of their existence.

Within the same project in 2014 an international scientific conference was held, 27 scholars from six countries took part in it (Poland, Bulgaria, Germany, Slovenia, Italy and Denmark). Some unexplored sources and new interpretations of literary phenomena were presented. They were all induced by the role of Christianity and its basic sacred text, namely the corpus of the Bible. The materials from the conference are going to be published in the specialized magazine Slavia Meridionalis.

The Names series published by Boyan Penev Publishing Center at the Institute for Literature at BAS presents world class scholars who are of major significance for contemporary humanities. Prof. Rishard Nich is one of them. He is the author of monographs, studies and articles in the field of literary history and cultural theory. He is a scholar of international renown and importance, awarded with prestigious national and academic awards. His book The World of Text poses numerous important questions of the present day society: what is the influence of literature upon the buildup of personality and its value system; what knowledge does literature bring about and is it still relevant today.

The book of Magda Karabelova The Bulgarian Mission of Tadeusz Stanis ł aw Grabowski - an Envoy of Resurrected Poland (2011) is dedicated to the Bulgarian period in the journalistic and political career of the great Polish intellectual Tadeusz Grabowski (1881-1975). He came to Bulgaria for the first time as a journalist in order to become the head of the newly formed Polish Publication Bureau. He carried out the so called Bulgarian Inquiry on the Polish Question (1915 - 1916) and later on became the first official minister plenipotentiary of the Republic of Poland to Bulgaria.

Bulgarian Inquiry on the Polish Question, that was issued for the first time in Bulgarian in the bilingual edition of the Institute for Literature (2011), is one of the most emblematic examples of solidarity to the fate of another people in the modern Bulgarian history. It contains the answers of 32 prominent representatives of Bulgarian society. They all supported the Polish cause for free independent state without any hesitation.

The research work of Vanda Smohovska-Petrova - of Polish origins, she lived in Bulgaria for many years - The National Specifics of the Literature of Bulgarian National Revival (2003) represents her original view of the literature of this period in Bulgarian history. What she finds there is a peculiar image of common European ideas influenced by the Bulgarian national self-imaging. She finds new and previously unknown aspects of the already established literary facts.