With the establishment of the Institute for Literature in 1948, the Dept. of Bulgarian Literature until the Liberation was established, which united specialists in Old Bulgarian and Revival literature. Its first and long-term leader (1948-1983) was Acad. Petar Dinekov. From 1983 to 1989 the department was headed by Prof. Docho Lekov. In 1989 the department was divided into two: "Old Bulgarian Literature" and "Bulgarian Revival Literature". Prof. D. Lekov continued to be the Head of the department until 1993. Since 1995, its head has been Prof. Rumyana Damyanova. Prominent scholars, researchers of the Revival literature and culture worked in the department: Sonya Baeva, Tsveta Undzhieva, Stefana Tarinska, Lidiya Mihova, Kamen Mikhailov, Svetlana Rusinova, Dancho Gospodinov; Vasil Balevski and Rosen Tahov worked as research-philologists.

In the 50s, 60s and 70s of the 20th century members of the department published many foundational studies: Contemporaries of Paisius (2 vols.), At the Dawn of Bulgarian Revival Literature" (B. Angelov), Revival Writers, From the History of Bulgarian Literature, In the World of Hristo Botev (P. Dinekov), Petko Slaveykov. Life and Works 1827-1870 (S. Baeva), Lyuben Karavelov. Novelist and Feuilletonist (T. Undjieva), Botev's Prose (St. Tarinska), Problems of Bulgarian Fiction during the Revival (D. Lekov). During these decades, with the participation of members of the department, collected works of the most important Revival writers were prepared and published: e.g. Hristo Botev, Lyuben Karavelov, Petko R. Slaveykov, Vasil Drumev, Todor Peev, Dobri Chintulov and others. At the same time, the 70s were marked by a significant change in the thematic orientation of the department with the collection of articles On the Literary Genres during the Bulgarian Revival (1979).

The 70s and 80s marked the introduction of modern ideas from French culturology, the publication of books such as Zhulkevski's Literary Culture (1974) and Vika's Literary Generations, the works of Lotman as well as Gachev's theory from The Accelerated Development of Culture (1979), which strongly influenced the search for new methodologies among the members of the department. A study of the cultural centers during the Revival, the role of literary generations, the peculiarities of the reception and the issues of the Revival readership, etc., began, largely reflected in D. Lekov's books Literature. Community. Culture. Literary-sociological and Literary-historical Problems of the Bulgarian Revival (1982) and Writer-Work-Receiver during the Bulgarian Revival (1988). The emphasis in the work of the department became the development of the context around the fate and works of individual Revival authors and as a result scientific collections have been published about V. Aprilov, L. Karavelov, D. Voynikov, V. Drumev, Neofit Bozveli, T. Peev, Hieroschimonach Spiridon , the collection Press and Literature, Genre and Perceiver during the Bulgarian Revival, the study Dimitar and Rahil Dushanovi (N. Aretov, 1988) and others. The department set as a research task the preparation of the Encyclopedia Bulgarian Revival. Literature. Periodic Press. Literary Life. Cultural Centers (eds. D. Lekov, R. Damyanova, S. Bakardzhieva).
In the 90s new research directions stood out much more clearly and new problematic areas were opened, oriented to the study of the socio-cultural functions of the Revival text, to the study of the dynamics of the genre-transformation processes during the Revival prose, Revival letters, calendars, the problems of identity in drama and memoirs, sponsorship as a significant phenomenon related to the history of the Bulgarian book. In this period new studies were published such as Translation Fiction from the First Half of the 19th century and The Bulgarian Revival and Europe (N. Aretov), Letters in the Culture of the Bulgarian Revival (R. Damyanova), Bulgarian Calendars (L. Mikhova). Two scientific collections have been published with Bulgarian and French participation: The Immortal Universe. Collection Dedicated to the 90th Anniversary of Claude Levi-Strauss and In Search of Mythical Fabric (ed. N. Kapralova). In 2001, the department began work on a research program called The History of the Bulgarian Mentality (headed by D. Gospodinov).
The rich empirical material is being researched through complex approaches, uniting the fields of literary studies, culturology, sociology, and psychology. As a result a different approach to Revival phenomena was established, focusing on the cultural activities and practices of the 19th century. This is evident in books such as Beyond the Texts: Cultural Mechanisms of the Revival and Emotions in the Culture of the Bulgarian Revival (R. Damyanova), Bulgarian Literature from the Era of the National Revival, National Mythology and National Literature: Plots Constructing Bulgarian National Identity in the Literature of the 18th and 19th centuries (N. Aretov ), Petko Slaveykov. Poetic Messages (K. Mihailov), The Modern Needs of the Revival (L. Mihova), And Your Husband Will Rule over You" (More on Women in Culture). Archive of the Elisaveta and Hristo Karaminkovi Family (N. Kapralova), Essay (D. Gospodinov), The Drama of the Bulgarian. National Identity in the Revival Drama (N. Patova), Bulgarian Poetry from the 40s and 50s of the 19th century. Roles of the Subject (A. Alexieva). The research activity of the Section is actively realized in national and international scientific projects.
Since 1995, the Collegium of Revival Literature has been launched. This is one of the most important scholarly events of the department which gathers together all Revival experts in Bulgaria to become an attractive research forum, delving in the following topics:
The Collegium of Revival Literature is an ongoing scholarly challenge that reveals our research curiosity and desire for dialogue. 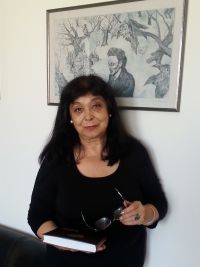